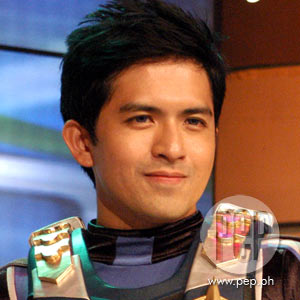 Dennis Trillo was dismayed when he learned that a young man deceived a lot of people by claiming he was the twin brother of the Zaido actor.

The public service show Imbestigador caught the young man who was smooth-talking some people in Balayan, Batangas. The young man used the aliases "Don Felipe Trillo" or "Don Felipe Orlina" or his nickname, "Don-Don."

The show set up Don-Don for a meeting with people he had conned. The landlady of the room he was staying in revealed that Don-Don was even able to rip off from her son five thousand pesos and an expensive cellphone.

One appliance store owner showed receipts of Don-Don's order for new household items amounting to P44,000. Don-Don was even trying to buy a motorcycle. On top of all that, he was preparing to have a birthday party at a small restaurant in Balayan and could have gotten away without paying.

When told by Imbestigador during the confrontation that they were from GMA-7, Dondon altered his story by saying he was the half-brother and stepbrother of Dennis Trillo. His accusers won't press charges on condition that he does not set foot in Balayan.

The police brought Don-Don back to his home in Lemery, Batangas. His neighbors were not surprised.

Dennis said that he still studying whether he will file charges against Don-Don.