Comedienne Rubi-Rubi makes her mark in showbiz after 10 years 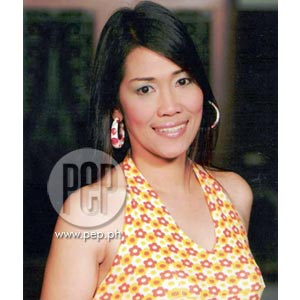 Comedienne Rubi-Rubi has been in showbiz for ten years, but only recently has she made people sit up—she was a scene stealer in the horror movie Hide and Seek. Rubi-Rubi has just signed an exclusive management contract with Manny Valera.


Something remarkable happens to comedienne Rubi-Rubi every ten years since the '80s.

Born Ruby Esmaquel on January 3, 1966, Ruby got her screen name Rubi-Rubi from the Visayan traditional song "Lubi-Lubi." She is married to Marco Llonor, nine years her junior. They have no children yet.

In 1987, she graduated from Far Eastern University after a course in Journalism. She really wanted to be a writer. Ten years later, in 1997, she was able to penetrate showbiz, not as a writer, but as a stand-up comedienne for the pioneering comedy bar in the country, Music Box.

She was given a solo presscon by DMV Entertainment after signing up for a five-year managerial contract.

Rubi-Rubi has made the rounds of other comedy bars like Library, 22nd Street Bar,—where she is now an exclusive performer four nights a week— and Basilica.

Though Rubi-Rubi made her mark with the recent Regal movie Hide and Seek as the scene-stealing maid of Jean Garcia, Eric Quizon, and Jennica Garcia, it is not her first movie.

Year 2007 is a lucky year in showbiz for the popular bar comedienne. Aside from signing up with DMV, she is now cast in the upcoming comedy-horror movie of Regal Entertainment, Ang Nanay Kong Aswang, starring Eugene Domingo and to be directed by Joel Lamangan. Principal photography starts January of next year.

She is expected to be more visible now both in the movies and in television. Rubi-Rubi was last seen on television in the GMA-7 soap Impostora.

When asked if she is now ready to compete with the top comediennes in the business—like Ai-Ai, Pokwang, Eugene, and Gladys—Rubi-Rubi only laughed.

Asked what will she say to these comediennes about her entrance, she replied: "Makikiraan lang po."