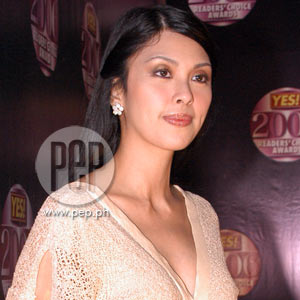 Concert Queen Pops Fernandez will celebrate her silver anniversary in show business through her major concert "Diva-licious" at the Big Dome.

It has been 25 years since Pops Fernandez first endeared herself to the Filipino viewing public through the iconic television variety show Penthouse Live. Through the years, the Concert Queen—as she would eventually be known—has became an institution and a model by which emerging female singers are gauged.

On December 8, Pops will mark her silver anniversary in show business with a major concert— Diva-licious—to be held at the Araneta Coliseum in Cubao, Quezon City.

For the special event, Pops relayed to PEP (Philippine Entertainment Portal) through e-mail that aside from the songs and stirring dance numbers, the concert will also showcase the fashionista in her.

"I will have a total of eight costume changes," proudly wrote Pops, "'cause the concert will have a fashion show concept."

Owing to the concert's grand production, two top-notch directors would be on top to oversee the entire flow. "It'll be stage directed and conceptualized by Rowell Santiago and musically directed by Homer Flores," said Pops.

Pops has been in demand this year for overseas concerts—something that would definitely serve her well as she revs up for December.