Dennis Trillo defends himself against critics 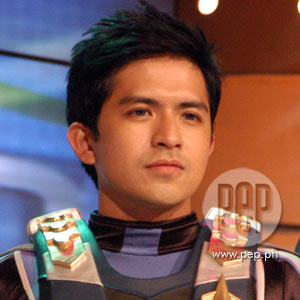 While the public was clamoring for a statement, controversial actor Dennis Trillo was trying to patch things up between Cristine Reyes and Carlene Aguilar in private.

Matinee idol Dennis Trillo defended himself against criticisms that he intentionally stalled to distance himself from the controversy involving Carlene Aguilar and Cristine Reyes.

Dennis argued that the lack of an official statement coming from him must not be interpreted as lack of concern for Carlene and Cristine, who were directly involved in the issue.

Amidst all the bickering and growing speculations, the evasive young actor revealed that he was constantly talking to both warring parties to properly address the situation and hopefully arrive at a settlement.

TAINTED LOVE. When Carlene confronted Cristine at the taping of All Star K last November 7 at Broadway Centrum, sympathizers of the former beauty queen attributed the aggressive act to post-partum depression entangled with jealousy.

Dennis clarified that his relationship with Carlene was already strained even before she got pregnant with their baby.

Carlene's departure to the U.S. during the pregnancy only aggravated the crumbling relationship.

FINDING LOVE ONCE MORE. It was during this stage that Dennis's attention slowly gravitated towards Cristine Reyes.

Although the extent of their relationship remains foggy to the public, it is safe to assume that both Dennis and Cristine had mutual feelings for each other. "'Yong time na ‘yon, hindi pa rin kami naging ganoon ka-open... Pero ‘yon, eventually siyempre na-voice out na namin sa isa't isa," he added.

NO LOVE LOST. Dennis acknowledged committing a serious blunder by failing to formally halt his relationship with Carlene. With their relationship still hanging in the balance and having a baby to boot, Dennis miscalculated the consequences of his error—particularly the confusion felt by his unsuspecting ex-girlfriend.

But despite all the mess, Dennis said there will always be love for the mother of his child.

WATER UNDER THE BRIDGE. Last November 23, Cristine decided to withdraw the slander and oral defamation case she filed against Carlene.

The two met, talked, and eventually shook hands in reconciliation.