No reunion movie for Sharon Cuneta and Gabby Concepcion 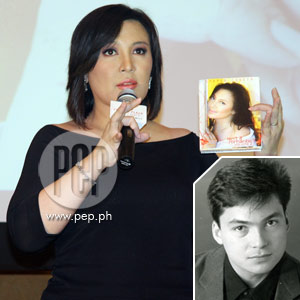 After a hiatus in movie acting, Megastar Sharon Cuneta is eager to grace the silver screen come 2008. But a movie with ex-husband Gabby Concepcion is not one of her priorities.

2008 will be a busy year for Megastar Sharon Cuneta. Sporting a much slimmer frame, Sharon is preparing herself for a movie comeback. She's also gearing up to promote the sequel of her 2006 album, Isn't It Romantic? under Sony/BMG records.

"Now, I do the South Beach [diet] phase 1," revealed Sharon to GMA News reporter Lhar Santiago about her strict diet regimen, "I don't do it straight, apparently you need to go on phase 2."

Sharon's decision to revive her movie career incidentally coincides with ex-husband Gabby Concepcion's anticipated comeback film reportedly under GMA Films. Is the possibility of a reunion movie now possible considering that the wounds of the past have long been forgotten?

The Megastar doesn't mind the prospect of teaming up anew with the father of her first daughter, KC Concepcion, but her reservation outweighs the positive—knowing fully well how promotions necessitate noise and gossips to generate public interest.

"Ang worry ko is, I don't think I would have the heart to put my husband and my children through that," she said, sounding concerned. "Kasi parang paglalaruan whether totoo o hindi. Ang masasaktan hindi kami, 'yong kanya-kanyang mga taong importante sa amin like his [Gabby's] wife, my husband, and my children."

She also brushed off the persistent rumors that her husband, Senator Francis "Kiko" Pangilinan has a child outside wedlock.

Sharon bluntly confessed that her union with Kiko, like that of any other normal couple, is also marred with imperfections and trials. But they approach every problem with objectivity and lots of humor, said Sharon.