This is perhaps the last Barretto "family photo" 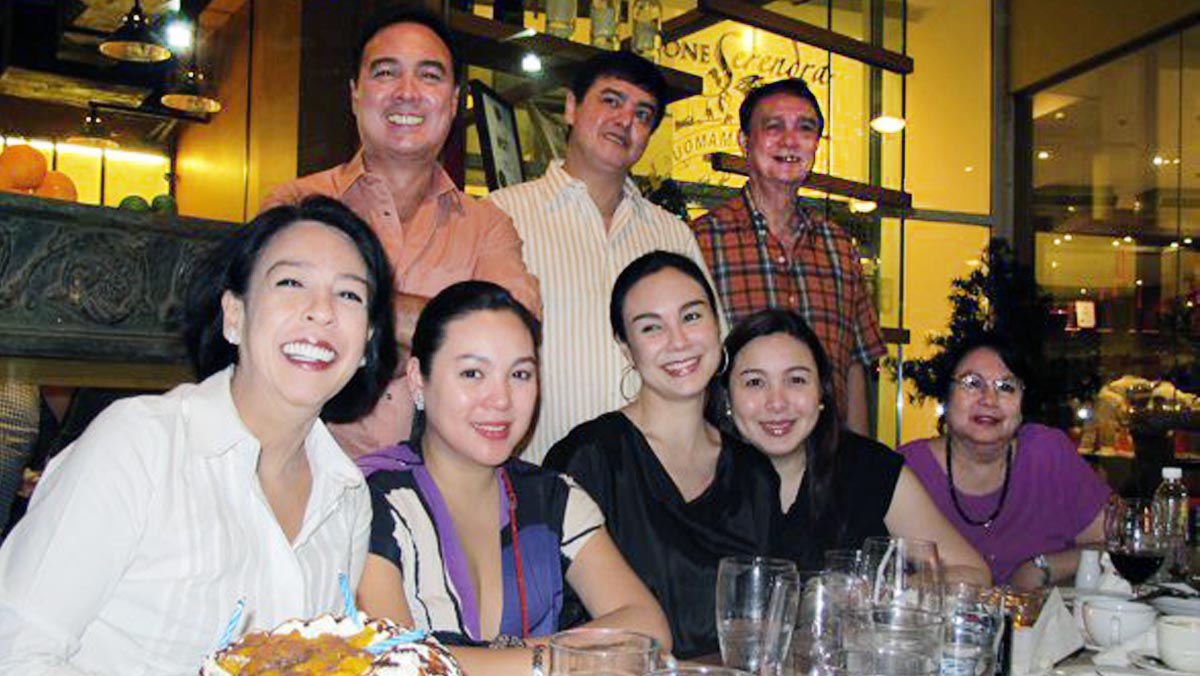 The Instagram feeds of Barretto sisters Marjorie and Claudine have a lot of family moments.

Unfortunately, they don't have a photo where all family members are present.

On October 20, Julia, daughter of Marjorie, posted a family photo after the patriarch's cremation.

It did not include Gretchen and Claudine.

Perhaps, their last "complete" family photo was taken on March 17, 2011, at Jay-Jay Barretto's 49th birthday in Mamou restaurant, Serendra, Taguig City. It was uploaded on Facebook by the birthday boy on August 4, 2011.

Only the US-based Gia was absent.

During the "ceasefire" year, they were truly a picture of one big happy family.

Also present at the gathering was Jay-Jay's daughter Nicole.

The Barrettos' real-life drama started in 2004 and took a quick hiatus in 2011, when Claudine announced that she and Gretchen were attending family counseling to finally put an end to their seven-year rift.

It gave the Barretto siblings the opportunity to bond just like the old times, as seen in Jay-Jay's 49th birthday celebration.

But the peace didn't last long.

In 2013, Marjorie also got caught up in the tussle, making it Claudine vs. Gretchen and Marjorie.

Fast forward to today, the Barretto family feud may end up being a legal battle with Marjorie filing a complaint against Claudine and Gretchen.