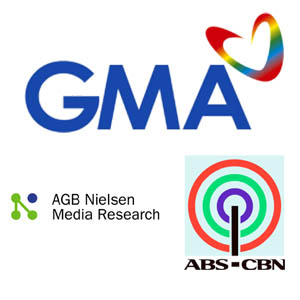 GMA-7 lashed out at DZMM reporter Junrie Hidalgo's report that AGB Nielsen Media Research pointed at the Kapuso network as the guilty party behind reports of cheating in the conducting of television ratings.

TV network GMA-7 reacted on a recent report by DZMM reporter Junrie Hidalgo, claiming that AGB Nielsen Media Research positively pointed at the Kapuso network as the group behind the alleged cheating and tampering of the ratings gathering in the province of Bacolod.

ACCURATE AND CORRECT. According to GMA network, such blatant accusation against them is completely irresponsible and baseless in the face of AGB Nielsen's court affidavit stating that there is no substantial proof to indict GMA of any wrongdoings.

"There is no evidence that shows any significant impact on NUTAM [Nationwide Urban Television Audience Measurement] data as a result of the activities purportedly launched by GMA network," stated by AGB Nielsen General Manager Maya Reforma in an affidavit submitted to the court.

NUTAM pertains to the nationwide coverage of the survey being conducted by AGB Nielsen.

Reforma also defended AGB Nielsen against ABS-CBN's tainted view of its system and technical procedure. Aside from the civil case filed by ABS-CBN against AGB Nielsen before a Quezon City court, the Lopez-owned network also asked for a restraining order to inhibit the release of any data until "they [AGB Nielsen] guarantee first the integrity of their data."

"There is no basis for it," Reforma wrote further. "The data is accurate and reliable."

NOT LOGICAL. In an emergency press conference summoned by ABS-CBN to the members of the press last December 14, the network announced their complaint against AGB Nielsen after an informant reportedly showed up at their Bacolod office with a confession.

During the presscon, a video was played by ABS-CBN, showing the informant—hidden in a silhouette—talking about how a certain party was hiring some people with a mission to bribe the households included in the survey.

The informant wasn't pinning at AGB for the booboo. Rather, he was referring to a certain outside group, or a "network" to be exact, as the guilty culprit behind the dirty tactic. The name of the network was cautiously bleeped throughout the narration, although most members of the media suspected that ABS-CBN's fierce rival, GMA-7, was the primary target.

"Apart from being improbable, the informant's claims as bandied about by ABS-CBN is also not logical.

"GMA Network's ratings in the provinces—particularly in the Visayas and Mindanao—have not had any significant improvement since July of 2007 when it started to subscribe to the ratings of AGB. If there were any involvement in the alleged tampering of panel homes in the area by GMA Network, then its ratings there should have experienced significant increases.

"GMA does not conduct manipulative promo efforts anywhere in the country. What it does is conduct legitimate field promo activities that are not deliberately directed at panel homes but at the general television population of a certain locality.

"While GMA Network promotes heavily in the Visayas and Mindanao, ABS CBN does even more aggressive and wide scale promos in these areas.

"GMA has been spending considerable amounts of money to strengthen its signal, expand its reach and for legitimate promos to promote its programs in the Visayas and Mindanao. GMA values integrity and hardwork as reflected by the credibility of its programs and its corporate core values. It is not GMA's style to play dirty. GMA programs are preferred and trusted by viewers in Luzon, Mega Manila, and Metro Manila as proven by the ratings. A trial by publicity is not only unfair and damaging to GMA Network but also to its millions of loyal viewers.

"Also, for more than four years now, GMA Network has been complaining to AGB about the very big, highly illogical and unexplainable disparity between the cable and non-cable ratings of GMA's programs. ABS-CBN's programs do not exhibit such disparity.

"It is only in the Philippines that the ratings of programs on non-cable or free TV households exhibit a very different behavior from the cable households. Coincidentally, the Philippines is also the only country in the world where a competing free-to-air TV station also operates or controls the dominant cable company. The owners of ABS-CBN directly or indirectly operate the country's largest cable company.

"GMA Network has been sending letters to AGB long before ABS-CBN's complaint and these letters show how much the Network wants to find out if there are indeed irregularities in the ratings data gathering process. GMA cited that ABS CBN—through the dominant cable operator—can gain undue advantage because cable personnel, in the course of their work, can come across which homes AGB Nielsen has placed its meters.

"GMA is determined to get at the bottom of this allegation.

"GMA reserves the right to take such action as may be warranted, to protect its interests and reputation."