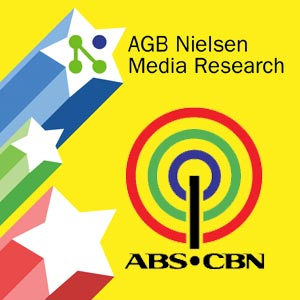 A January 7, 2008 hearing was set by a Quezon City Regional Trial Court on the case filed by ABS-CBN against AGB Nielsen Media Research Philippines.

As reported earlier today, the court granted ABS-CBN's request for AGB Nielsen to refrain from releasing any data on television ratings after reports of bribery and cheating involving the sampled households in Bacolod surfaced last week.

The Lopez-owned network filed a legal complaint against the media research body last December 14 after AGB Nielsen allegedly failed to conduct an investigation on the anomaly report as narrated by an informant who requested anonymity.

According to the informant, some people are being hired by an outside party to bribe the households included in the survey to switch channels in favor of a particular "network," subsequently betraying their normal viewing behavior.

FAILURE TO PROBE. Based on the content of the three-page document, the court took note of AGB Nielsen's failure to conduct an investigation to shed light on the alleged anomaly.

"Plaintiff [ABS-CBN], through counsel, demanded that the defendant shut down its TAM [Television Audience Measurement] data polling operations nationwide and to disclose to all its clients that the integrity of its panel homes was seriously compromised and that the plaintiff was not responsible therefore."

The failure of AGB Nielsen to "ensure the confidentiality of the panel homes and the accuracy and reliability of the TAM" was stressed in the TRO. As mentioned, it is AGB Nielsen's responsibility to its clients to deliver data that are untainted and devoid of any doubts—conditions that were strictly agreed upon in the TAM Service Contract signed by ABS-CBN when it decided to do business with AGB Nielsen.

BEYOND NETWORK RIVALRY. The court also addressed the sensitivity of the issue involving two stations—GMA-7 and ABS-CBN—that have a history of animosity when it comes to audience and advertising share, two important factors why a television ratings survey is being conducted by an independent body.

"If a slight difference in the ratings means a lot, what more could a tainted TAM data bring to either or both of the rivals?" asked the court.

The points raised by the court in accordance with those by ABS-CBN prompted the issuance of a temporary restraining order in the releasing of TV ratings data for twenty (20) days.

Hearing of the case was scheduled on January 7, 2008 at 1:30 in the afternoon, wherein all parties involved are invited to show up and submit their respective affidavits.