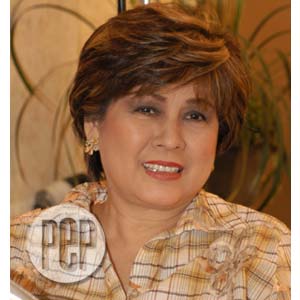 Annabelle withdrew the money from a Metrobank branch in Libis, then instructed her secretary Lisa and driver Alvin to deliver the money to her office in Greenhills. The cash and checks were the salaries for her "alagas" since it was payday and she wanted it done and accounted for before the day was over.

As it turned out, 1 p.m. would be an unlucky time for her that day. Carrying the money, Alvin and Lisa then proceeded to their destination. Fate, however, decided that the money wouldn't leave Libis.

As the SUV approached a U-turn near a Shopwise branch, two unidentified men approached and pointed their sidearms at them. Helpless, Alvin and Lisa said they had no choice but to give up everything, except the car.

When Annabelle was informed of the news, they went straight to Camp Karingal in Quezon City to report the crime. But to the surprise of Alvin and Lisa, they too were included on the suspect list.

Why exactly would Annabelle suspect her driver and secretary?

That said, Annabelle had Alvin detained.

Last night, December 22, Annabelle and her driver Alvin came face to face again in an exclusive The Buzz feature. The Hall of Justice in Quezon City became the stage of the emotional encounter between the two as Alvin went on his knees to plead with Anabelle to hear him out.

Possibly moved by Alvin's plea, Annabelle decided to let her driver go free. But she would still have her secretary and driver thoroughly investigated. What influenced her to go soft was her family—son Richard Gutierrez, daughter Ruffa Gutierrez, and husband Eddie Gutierrez.