ABS-CBN: "GMA-7 cannot file a case against us." 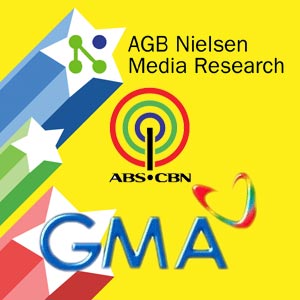 Showbiz for the past months has been riddled with controversies, but the most serious of them all has to be the revelation an "informant" shared with ABS-CBN about the alleged cheating on AGB Nielsen Media Research Philippines' ratings.

It can be recalled that an informant from Bacolod City had approached ABS-CBN with a claim that he was formerly part of a scam to bribe Bacolod households to switch to channels, except for ABS-CBN. He related that a "network" commissioned him and other people in Bacolod to follow AGB Nielsen's staff vehicles to homes where AGB would set up their channel-tracking apparatus. The informant claimed that they would wait for the AGB crew to finish up and leave so they could approach the home owners, offering cash and groceries in exchange for switching channels.

ABS-CBN has since filed a civil case against AGB Nielsen for damages and injunction. The Temporary Restraining Order (TRO) filed by ABS-CBN has left AGB Nielsen with absolutely nothing to put out until they resolve the "anomaly" revealed by the informant.

Many have speculated about what channel the informant was talking about when he revealed the alleged cheating. Some also have begun to doubt the credibility of the ratings. A small number have questioned the informant's exact timing in coming out and his vague finger pointing at who's to blame.

AGB NIELSEN APPEALS. Last December 18, AGB filed an appeal to the Quezon City Regional Trial Court to dismiss ABS-CBN's TRO against them. The next day, December 19, AGB reportedly admitted at the hearing that their investigation showed some men from one station did approach the rating-assigned homes to influence the TV viewers to switch channels.

In an exclusive segment of The Buzz yesterday, December 23, AGB's rationale for releasing overnight ratings last December 17-21 in spite of the Temporary Restraining Order was explained. The ratings were only for Mega Manila, hence this did not include Bacolod City where the alleged cheating happened.

To ABS-CBN's head of research department, Vivian Tin, however, this reasoning was not acceptable.

The Philippine Association of National Advertisers (PANA) has also expressed their displeasure with the alleged rating scam and the questionable ratings that they get. A PANA representative said that the ratings are very important to them because they rely on sensitive media data.

Again, ABS-CBN has remained firm with their claim that they have done these necessary steps to ensure that the truth will come out.

GMA-7 JOINS THE FRAY. News has come about GMA-7 filing a libel case against DZMM and ABS-CBN. DZMM reporter Junrie Hidalgo had kept on hinting that GMA-7 was indeed the station involved in the scam.

But according to the legal department of ABS-CBN, GMA-7 can't file a case against them since ABS-CBN has not once mentioned GMA-7 in any of its statements. They made it clear that it was in fact AGB who had mentioned GMA-7's involvement in the issue.