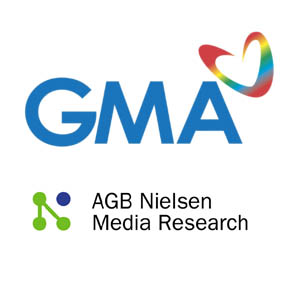 GMA Network, Inc., accused AGB Nielsen Media Research Philippines of naming them as the group behind the alleged "bribery" of panel households. "You also chose to irresponsibly write the industry a letter informing them of what GMA had allegedly done without first getting GMA's side on the matter," GMA-7 protested to the media research firm.

In the December 3 letter, AGB Nielsen, through General Manager Maya Reforma, called the attention of GMA-7 regarding reports of "certain promo activities" being carried out by some personnel of the Kapuso network in the Visayas area, which as a result, touched on the panel homes being tapped by the media research firm for the Television Audience Measurement [TAM].

"It has come to our attention that certain activities being conducted by your company in Visayas have led to some of our panel homes being contacted by your employees or representatives," wrote Ms. Reforma.

Based on the basic rules of conducting survey via sampling, it is important that those tapped for the study remain free from any outside influence so as not to affect their normal behavior. A point strongly reiterated by Maya in the letter.

"As users of our data, I am sure you are aware that maintaining the security of our panel homes is fundamental to ensuring the integrity and credibility of our TAM [Television Audience Measurement] service in the Philippines. Any contact with the panel homes, whether intended or unintended, is unacceptable and we have no option but to fully evaluate the extent of the panel home intervention and its impact on the ratings data. Depending on our findings, we may suspend the ratings data in a specific region."

PROTEST IN THE STRONGEST TERMS. Strongly objecting to the words used by the AGB Nielsen executive in the December 3 letter, GMA-7 retaliated and cried foul, through its VP for Legal Atty. Dick Perez, on what they view as a direct accusation by the international firm.

Addressing Maya Reforma, GMA-7, in the December 6 letter, Atty. Perez wrote: "In your letter to the industry you state that ‘certain activities of GMA in Visayas have led to some of our panel homes being contacted by employees or representatives of GMA.'

"The message one gets from your letters, about which we have gotten numerous calls from the industry, is that GMA has deliberately or intentionally [i.e. with prior knowledge of panel homes] contacted these panel homes. You also chose to irresponsibly write the industry a letter informing them of what GMA had allegedly done without first getting GMA's side on the matter..."

GMA then warned AGB Nielsen that they would hold the firm accountable for any possible injury their statement might inflict on the organization. "We protest in the strongest terms your accusation, or the insinuation contained in your letters, that GMA deliberately contacted panel homes. We shall hold you and your company responsible for any damage GMA may suffer as a result of your actions concerning this matter."

PROMO STUNTS. Shedding light on the mentioned "field promo activities," GMA admitted that there are indeed some promo gimmicks ("repeated house visits") that are being conducted to boost the network's presence and image in the community. "However," clarified GMA, " such activities are directed at the general population of some locality [i.e. barangay] and not at panel homes."

They also argued that the promo representatives tasked to carry out the job are "not GMA employees but independent contractors." These "independent contractors," the letter added, have no idea, and "neither our network," on the exact whereabouts of the panel homes as such information are not known to both parties.

Conducting "field promo activities" is a normal and legal undertaking, defended GMA-7. Even ABS-CBN, they took note, is guilty of such practice.

"It is therefore possible that ABS-CBN's activities could also lead to some of the panel homes being contacted, even unintentionally, by employees or representatives of ABS-CBN," explained Atty. Dick Perez.

Again, they lashed out at AGB Nielsen for bluntly naming GMA in a seemingly condemning manner. "But you [AGB Nielsen] singled out GMA's activities as though these are the only ones that could lead to the panel homes being contacted," added Atty. Perez.

Assuring the media research firm of their support, GMA stressed that they're also bent in determining the entire truth to finally settle the matter. As to the reports that the so-called individuals responsible for the alleged "bribery" of the panel homes are GMA employees, Atty. Perez once more echoed the network's request to have the names of these "representatives" for verification.

"We want to ascertain, among other things, whether they are indeed GMA employees or representatives and not persons deliberately posing as such just to discredit GMA."

As proof of GMA's support, Atty. Perez mentioned that the Kapuso network is willing to shoulder part of the expenses to be incurred by a thorough investigation.

Atty. Perez added, "More than anybody, you should know by now that—considering our repeated complaints to you about the very great and unexplainable disparities in cable and non-cable rating—we are interested in protecting the identity of panel homes from those who may have the capability and/or opportunity to determine where they are in order to maintain a credible TAM service."

"Your cooperation will help us resolve the issue soonest and allow everyone to move forward," replied Reforma in a December 11 letter.

In accordance with such intent, the media research firm once again asked GMA to answer a number of questions, which was already raised in the December 3 correspondence.

Six additional questions were also noted in the letter:

NO REPLY. Two days after Reforma's letter, GMA answered, revealing its decision not to answer the 10 questions enumerated in the December 11 letter.

Atty. Perez defended the network's stand, saying that AGB Nielsen failed to answer their request in the December 6 letter asking for some clarifications on the media research firm's initial statement which said "that certain activities of GMA in the Visayas have led to some panel homes being contacted by GMA employees and representatives."

"We would have answered your questions to the extent that we could, but considering your own refusal to give us the information we requested—including the evidence you say you have—which we are entitled to be given as a matter of fundamental fairness, we have decided to refuse to answer your questions at this time and until you cooperate with us in getting at the bottom of this report. You cannot expect us to cooperate with you when you refuse to cooperate with us regarding this matter," punctuated Perez.

Threatening AGB Nielsen once more with the possibility of another lawsuit, the letter ended—citing AGB Nielsen's reported presentation to advertisers and ad agencies on GMA's alleged panel home intervention—on an intimidating note:

"Such act is further proof of your malicious intent to besmirch the reputation of GMA for which we reserve the right to take such action against you as may be proper in the premises."

GMA Network is also bent on suing ABS-CBN for its report that the Kapuso network is behind the ratings scam in Bacolod. GMA-7's Chairman, President & CEO Atty. Felipe Gozon called the move of the Kapamilya Network as a "demolition job" to discredit GMA-7 in the eyes of its advertisers and viewers.