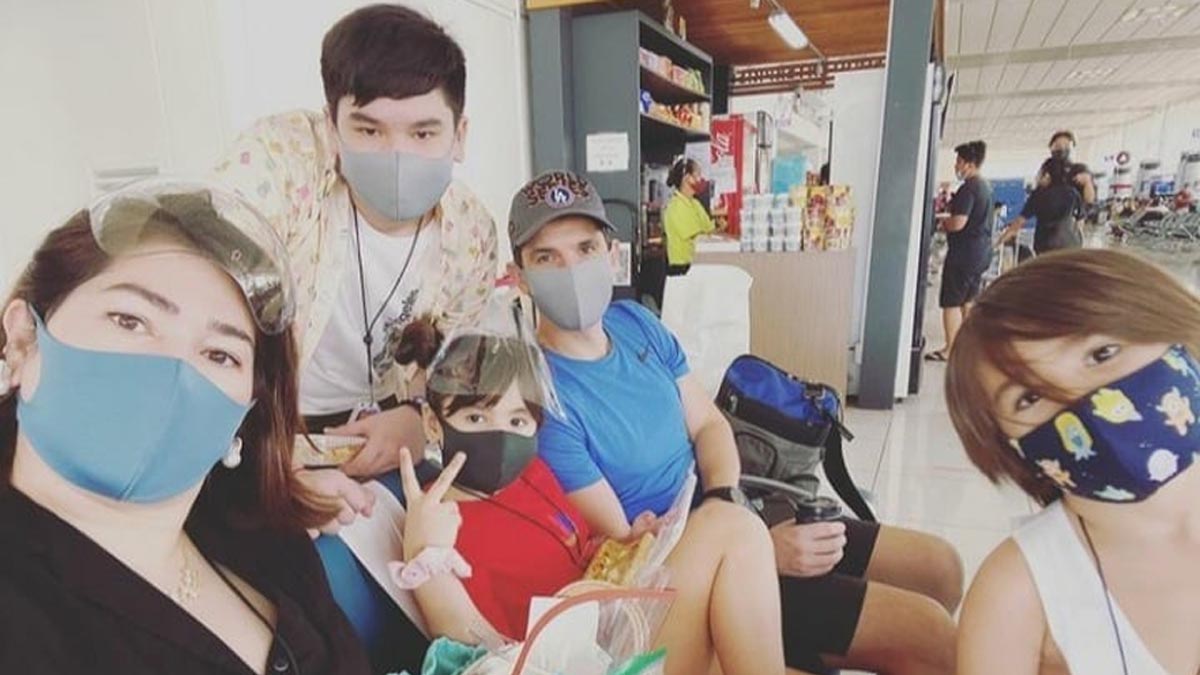 Jackie Forster is among the parents who agree with the government's decision to allow children ages seven and up to go to the malls.

The move was announced by Interior and Local Government Secretary Eduardo Año last night, November 30, 2020, in a televised briefing about the continued implementation of General Community Quarantine (GCQ).

The National Capital Region, Batangas, Iloilo City, Tacloban City, Lanao del Sur, Iligan, and Davao City will continue to be on GCQ from Tuesday, December 1, until December 31 to curb the spread of COVID-19 in the country.

While other Filipinos counter that it is not yet safe for minors to go to the malls, Jackie believes it is important to consider the mental health of the children who have been cooped up at home for the past eight months.

She told PEP.ph (Philippine Entertainment Portal) in a chat with this writer via Viber, "Yes, I agree.

"Basta they are old enough to understand to keep their masks on, not to put their hands in their mouth, hindi sila basta humahawak kung saan-saan, and, most of all, alam nila iyong importansiya ng social distancing.

"Matagal na silang nakakulong, pero kids need exercise. They need to be physical and they need to see other people.

"Just be a responsible parent and keep an eye on your child/children."

Jackie was able to bring her kids to BGC so that they can feel as though their lives are slowly going back to normal.

They have also been to Boracay on vacation to celebrate Jackie's birthday last November 23.

"We started by taking them to BGC and okey naman, they listen.

"Yohan is makulit but he is very mature when it comes down to making choices.

"Kaya if they think the kids are ready, it’s the parents' decision.

"I think, at the same time, even if a kid isn’t seven years old, but mature na, puwede nang lumabas.

"But if a kid is ten years old and is obviously not following the rules, puwede siguro to give a citation if they see kids removing masks or magulo sa labas.

"This is really a time for parents to teach and discipline their children again and be more present in their lives anyway."