Cristine Reyes's lawyer cries foul over GMA-7 statement against her 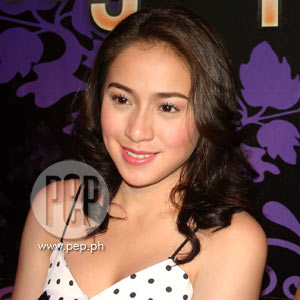 "The allegation that Cristine was unprofessional, I think it is unfair. Bakit po? Kasi we went through the proper channels, in writing. We send them letters signifying her intentions to leave," clarifies Atty. Dexter Licuanan for his client Cristine Reyes (in photo).

Last week, GMA Network released a statement saying, "GMA has decided to drop Cristine Reyes from its roster of talents because of her attitude and behavior."

Initially, Cristine felt happy about the news. In fact, she even clarified the statement from her former mother station.

However, despite the positive remark of the young actress, her lawyer, Atty. Dexter Licuanan, questioned the statement. He argued that it created a "wrong impression" about his client.

In an interview with ABS-CBN News, Licuanan explained, "I just wanted to correct the impression that the reason they let her go daw was because of her very bad and unprofessional behavior, which is very inaccurate, to begin with. Her contract has expired so it's but right for them to release her,"

He also pointed out, "She has gone through the process of observing the rules of courtesy by signifying to them formally her intentions to leave."

Atty. Licuanan explained that his client's contract with GMA network expired this year. He said that he concluded, after evaluating the contract, that it was expired and there were no mandatory extensions.

UNFAIR STATEMENT. Cristine's lawyer also reacted to GMA-7's statement saying, "She is welcome to leave. The network has a lot more serious artists to assign important projects and develop into fine, professional actors. That being said, GMA network has now closed its doors on Cristine."

Atty. Licuanan thought of it as an unfair statement for his client. For him, it somehow branded Cristine as unprofessional.

"The allegation that Cristine was unprofessional, I think it is unfair. Bakit po? Kasi we went through the proper channels, in writing. We send them letters signifying her intentions to leave.

"Number two, iyong alleged frequent appearance of Cristine referred to her promotion for the movie she made with her ate Ara Mina entitled Ate. Hindi ako na-consult about that, but I actually told her to try and for courtesy sake, to secure permission and I think she was able to do that,"

However, when Atty. Licuanan was told about this, he again clarified, "Gusto ko lang liwanagin, hindi po siya lilipat sa ABS-CBN. Ang gusto lang ni Cristine, she wanted to have independence to be able to make appearances in programs not only in Channel 7 and also to appear on shows of ABS-CBN... She wanted to have an artist's license to try on different projects, pero wala siyang management contract na pipirmahan. So hindi siya pipirma sa Star Magic for management contract."

Continue reading below ↓
Cristine is scheduled to sign a contract with ABS-CBN today, April 9, for her newest project. She will do the remake of Alma Moreno's '70s movie titled Eva Fonda, 16.
Read Next
Read More Stories About
Cristine Reyes, ABS-CBN, GMA-7