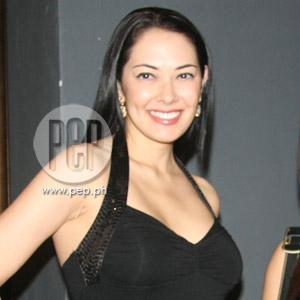 Ruffa Gutierrez has been included in Pantene's "Most Beautiful" ad campaign twice already. The first time was in 2006, when the "prima donna" issue surfaced, and this year, when the press walkout took place. She kept mum on the Gretchen-Dawn feud. Is she going to reveal the behind-the-scenes story this time?

It's been almost a week since the "walkout incident" at the Pantene's Most Beautiful launch. Showbiz reporters, photographers, and cameramen were then supposed to have a one-on-one interview with the shampoo's newest batch of endorsers for its Most Beautiful ad campaign—Ruffa Gutierrez, Judy Ann Santos, Claudine Barretto, and Gretchen Barretto. But for some unknown reason, it took quite some time for the four ladies to emerge from the ladies' room of Hotel Intercontinental Manila.

One of the organizers told PEP (Philippine Entertainment Portal), the beautiful women had a costume change. This was seconded by Judy Ann Santos in her interview with Nelson Canlas.

A source, however, claimed that Gretchen reportedly did not like one of the questions of host-columnist Ricky Lo, one of the few who was able to secure an interview. As a result, La Greta allegedly went rushing to the ladies' room, with sister Claudine, friend Ruffa, and Judy Ann immediately following her.

When PEP sent a text message to Ruffa the day after the event, her reply was, "Kaloka!" The host-actress also said she would wait for the press statement of Pantene.

"Unfortunately because of the huge number of media guests, it became difficult to communicate to everyone that the interviews will continue. In fact, the four women stepped back out and resumed granting interviews just as some media were leaving. For the TV and print media who were left behind, the four endorsers continued to do interviews for the next hour."

Today, May 3, Ruffa sent PEP this text message: "I would like to apologize to the members of the press, most of whom are my friends and whom I grew up with."