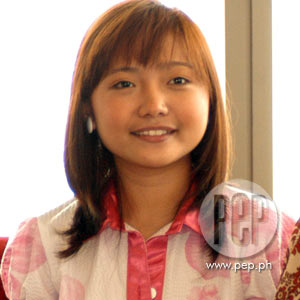 This time, it was Oprah Winfrey's turn to be charmed by the Philippines' Charice Pempengco.

With her Ellen DeGeneres appearance still lingering in the memory of her countrymen, young singing sensation Charice pulled off another stellar feat when she graced the highly-popular U.S. talk show Oprah, hosted by Oprah Winfrey.

Charice shared with The Buzz yesterday, May 4, that the influential American host and media mogul deliberately skipped watching her rehearsal because she wanted to be surprised during the actual taping.

Throughout the performance, Oprah silently watched in one corner as Charice exhibited her vocal power along with other young talents.

Prior to Oprah's show, Charice had been invited by some foreign programs after seeing her perform in South Korea's Star King. E! which later on cited Charice in its "The Daily 10" segment under the banner "A Star Is Born." The "Hollywood Royalty Segment," on the other hand, acknowledged the young singer with a headline that read "A Queen Is Born."

Unknown to Charice, American talk show host Ellen DeGeneres had been keeping an eye on her after watching her sing in YouTube. Ellen even showed clippings of Charice singing and went on to imitate her gestures before issuing an invitation to the Filipino talent to grace the show.

Last April 8, 2008, Charice once again conquered the international stage, this time as a guest performer in London's Paul O' Grady Show. Charice dished out her two signature cover songs: "And I Am Telling You I'm Not Going," taken from the movie Dreamgirls, and Whitney Houston's 1992 smash hit "I Will Always Love You." Charice received two standing ovations from the audience.

But nothing still beats the euphoria of meeting and, much more, sharing the spotlight with the unrivaled Oprah Winfrey.

On May 12, the entire world will witness the realization of that dream.