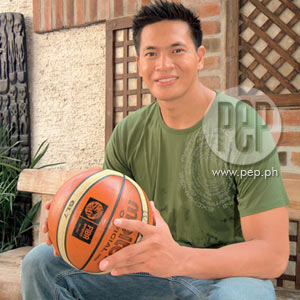 "I think this is one of the biggest trials in my life. But after this, I think blessings will come," says Rommel Adducul about afflicting nasopharyngeal cancer.

"When you face trials in life, in the near future, when you again face trials, you will know what to do."

These were the words expressed by PBA (Philippine Basketball Association) cager Rommel Adducul when he found out, with the help of his wife-doctor, that the lump growing in his neck was indeed cancer.

First noticed by Purefoods teammate James Yap, the lump turned out to be a stage-three cancer that caused Rommel a formidable distraction to his basketball career. Nasopharyngeal cancer—which is quite common to Asians—affects the nasal pharynx, located at the back of the nose and the upper side of the soft pharynx. This tumor, however, is curable.

How did he exactly find out about the cancer?

How did his wife react to the news?

After getting the news, Rommel started his chemotherapy sessions to fight out the cancer. The radiation he had to go through to fight the cancer was undoubtedly painstaking and equally tiring.

As an athlete, Rommel's daily regimen includes practice to sharpen up his game. He has definitely no nightlife, doesn't drink, doesn't smoke, etc.

Sometimes, the Born-Again Christian asks God, "Why me?" but immediately realizes that, at least, when he will face future trials in life, he would know what to do.

"I think this is one of the biggest trials in my life. But after this, I think blessings will come," Rommel said.