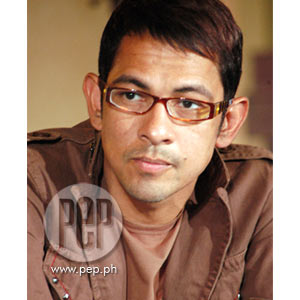 Mr. Pure Energy Gary Valenciano will have his longtime friend Martin Nievera as special guest on Gary's concert tour in the States this June. During the presscon for Gary's concert, His Love, to be held at the Music Museum starting May 22, he looked forward to making plans with Martin during their tour.

"It's like this, Martin is going to be my very special guest [on His Love]. I don't know how many of you watched Martin's concert where yung sa XXV, ako yung opening number and that was the whole gimmick dahil akala ko kasi, concert ko. Kasi they changed XXV with 'GARY V.' But this is going to be the first that Martin will be with me, and it's going to be in L.A. on June 7 and I will be in Stockton, California, and Seattle.

"In all of these shows, Martin will be my special guest. We will do numbers, maybe four. Three numbers will be with me and then may spot number siya. And I believe we can take the opportunity where Martin and I will sit down one of these days. Maybe while we're in the States on tour, and we would finally sit down and place ideas on what we can do to come out with a concert—Martin Nievera-Gary V back-to-back," lahad ni Gary.

"No, on, no. It's never been an issue with me," paniniguro niya.

"Not yet, but she's a singer naman, e. She was part of the show band called the Music & Magic. She's more of an alto. Lower ang voice niya. But I'm looking forward for that and you know what, since I've been hearing it from all of you, we'll try," saad ni Gary.

"Yes. Long, long time ago because she quit, e. When she quit from showbiz, she doesn't want to sing anymore. She wanted to go into management because she's a marketing graduate. That's really her line and it's not performing, but she can sing," lahad ni Gary.

"Naku, huh? After 25 years, may bago na?" natatawang sabi ni Gary. "But we'll see. It's not an impossibility talaga. Yeah, why not? Actually, why not? Now I have to talk to her and convince her that she's worthy of the stage."

"Not as often as [when] they were young. Now I hear more laughter and arguments."

"No, not necessarily," sagot ni Gary. "It's just, you know, I'm just taking the opportunity that I can still get them to be the special guests in my concert. Kasi soon, they will not be joining me anymore because they have their own careers. Gabriel might be going to the States to study. Paolo has his own band.

"Ayokong maging... Although masarap talaga na kasama sila on stage, ayokong parating nag-a-adjust si Paolo. I want him to create his own music. So ayokong maging hadlang sa mga pangarap nila. When he finally decided to sing rock music, it's up to him," paliwanag niya.

"I don't know... I think Jericho has learned a lot and I'd like to thank Echo for that. But he's on his own. I'm not with him all the time. As a matter of fact, mas madalas silang magkausap ni Angeli. I played a very minor role in his life. But I'm happy to guide him."

"Actually, I told him, ‘When something ends, it's the start of the beginning of something else. Kung ang paborito mong season is spring, but spring will go and you have to wait for another year para dumating yun. Lastly, it's time to move on to a new chapter. And Chapter 2 or Chapter 3 na, that has not anything to do sa Chapter 2. You move on.' And that's what I advised him and I'm really glad that through a lot of difficulties in his life, he's moving on," kuwento ni Gary.

"We talked just before he left for Malaysia again," sagot ng singer. "We were in the house talking and he was still, medyo lito pa siya sa nangyayari and he left again for Malaysia. Nasa Malaysia siya ngayon."

THE FUTURE. What are Gary's future plans?

"I'm looking at the next two to three years, you know, I may disappear for sometime. Of course, hindi ako magdi-disappear ng ganun lang. I'll have music played, video showing, I'll have product and merchandise coming out. But I do want to go to school.

"I mean, talagang itong last trip namin sa States, pumunta kami sa Florida and I visited a university there where they teach everything from live sound engineering to recording engineering, television to computer graphics, motion graphics, and I saw myself there. I was walking and I said, that's me.