Nikki Gil pleased to be included in "YES! 100 Most Beautiful Stars” list 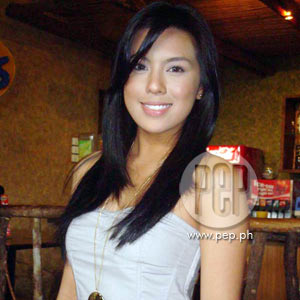 Talking about her inclusion in this year's edition of YES! Most Beautiful celebrities, singer-host Nikki Gil blushingly said: "I'm very flattered because there are a lot. Ang daming magaganda and for me to have gotten in, that is an honor because I believe na siyempre ‘yong mga namili niyan they know what they're talking about."

"I'm very flattered!" beamed singer-host Nikki Gil with wide-eyed amusement when PEP (Philippine Entertainment Portal) informed her that she was included in this year's batch of YES! magazine's 100 Most Beautiful Stars.

"Kasi I expect all the mestizas to get in," she added grinning, "and itaas ang bandera ng mga morena."

Nikki revealed that as a young girl growing up, and like most people during their adolescent years, she wasn't really confident when it comes to her physical looks.

"Before, well, noong elementary kasi ako laging muse so I guess noon I was on the cute side or I guess nakakaaliw side," she shared.

Nikki's insecurities surfaced during her teenage years. "But when I reached high school, I started breaking out. So, all my high school life, I was the ugly duckling and I played volleyball so I was the maitim one, I was the scrawny one. Ako ‘yong maraming pimples and I was Ms. VTR reject."

STRUGGLING TO BE NOTICED. Despite the fact that she gained public attention courtesy of a television commercial, the young singer-host revealed that she experienced countless rejections from agencies and scouts before finally bagging an endorsement project.

Opportunities came knocking her door after the Coca-Cola commercial. Nikki became a regular face on television as a host, actress, and, of course, as a singer. Just recently, Nikki released her second album titled Hear My Heart under EMI, Philippines.

BEAUTY SECRET. "On the practical side ha, I drink lots of water because to be hydrated, I'm on the dry side kasi," shared Nikki when asked about her beauty routine.

Nikki however believes that inner beauty is still the thing that matters the most—more important than physical beauty.

"Just be nice," advised Nikki. She elaborated further by saying: "Smile and be nice to everyone. Huwag kang mamimili kung kanino ka lang mabait because let's face it, no matter how beautiful you are physically, no matter how mestiza you are or how matangos your nose is, if you're a bitch, people are gonna hate you.

"And you know may mga iba na mabait nga...mabait pero masungit naman sa mga lightmen, masungit sa crew. I mean these people work harder than you. You pay them the respect that they deserve."

YES! truly made a beautiful choice.