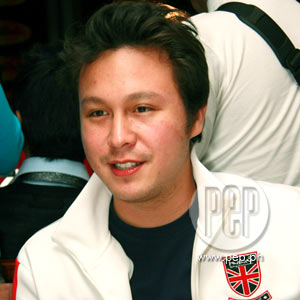 Baron Geisler (inset) failed to attend the preliminary investigation of the acts of lasciviousness charged against him by Patricia Martinez, daughter of celebrity couple Yayo Aguila and William Martinez. Baron reportedly asked for more time to submit a counter-affidavit.

Controversial young actor Baron Geisler failed to show up earlier today, May 23, at the preliminary investigation of the acts of lasciviousness charged against him by the daughter of celebrity couple Yayo Aguila and William Martinez, Patricia Martinez.

According to GMA News, Baron Geisler, through his representative, asked prosecutor Amanda Felipe of the Justice Department if he could be given more time to submit a counter-affidavit.

Prosecutor Felipe granted Baron's request and reset the schedule of the investigation to June 13 at 10 a.m.

In the postponed preliminary investigation, Patricia Maree Aguila Martinez, 21, was accompanied by her father William, who reiterated that their family is determined to pursue the case, come what may. He also stressed that the family will not allow for any settlement because they really want to teach Baron a lesson.

Last month, Patricia filed a complaint against Baron for allegedly inviting her to have sex with him and then touching her breasts. The incident reportedly happened at the Fiamma Bar on Jupiter Street in Makati City last April 25. (Click here to read related article)

On the other hand, Baron defended himself in an interview with dzMM's Showbiz Mismo on April 28, the same day Patricia filed her complaint at the Women and Children's Desk Office in Camp Crame, Quezon City.