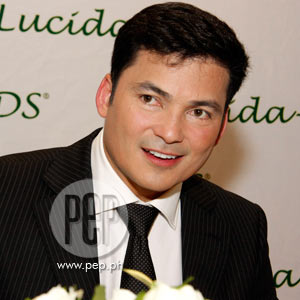 The bigamy complaint filed against actor Gabby Concepcion officially opens today, May 29. To jumpstart the trial, the prosecution reportedly presented the marriage contract of Gabby and Sharon Cuneta. The legality of the marriage in July 1984 was said to be null and void as the ex-matinee idol was allegedly married to a certain Jennifer Martin a month earlier.

Immediately the prosecution presented Gabby's 1984 marriage contract with actress-singer Sharon Cuneta. The couple, as indicated in the contract, tied the knot on July 23, 1984. The popular pair also had a church wedding on September 23, 1984 with no less than then-president Ferdinand Marcos as one of the primary ninongs.

Contesting the validity of the union, the prosecution argued that prior to the marriage, the former matinee idol was already married to a certain Jennifer Martin, resulting in the bigamy complaint filed by Mamerto dela Cruz of E. Rodriguez, Quezon City.

The next hearing is set on June 19.

Last May 22, during a pretrial procedure, the prosecution team uncovered vital documents meant for marking. One of those documents presented was the official copy of Gabby and Jennifer's marriage certificate bearing the date June 19, 1984.

According to GMA News, Assistant City Prosecutor Manuel B. Sta. Cruz Jr. stated "that on July 23, 1984, Concepcion being then legally married to Jennifer Martin, and without such marriage, having been legally dissolved, did then and there willfully unlawfully and feloniously contract a second or subsequent marriage with one Sharon Cuneta."

FALSIFICATION. Aside from the bigamy complaint, Gabby is also facing a falsification of public documents case filed with the Manila Metropolitan Trial Court. For this complaint, Gabby posted a P6,000 bail on March 31, after he arrived in the country.

Gabby's lawyer, Atty. Ed Flaminiano, explained that the case was filed against the actor because of an "antedate" entry in the application form he filled up to obtain a marriage license.