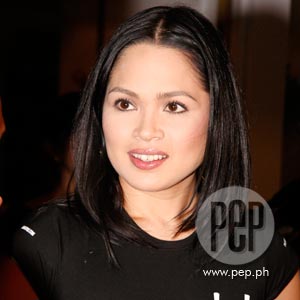 A sincere effort to gain sympathy or a demolition job? Judy Ann Santos's latest infomercial for Meralco drew criticisms from various groups, particularly the Volunteers Against Crime and Corruption (VACC). Even Juday's longtime manager Alfie Lorenzo expressed concern on the possible effect of the ad on Juday's image.

For appearing in an advertisement defending Meralco and explaining the controversial system's loss, actress Judy Ann Santos might find her rosy career plunging together with the beleaguered power company.

Yesterday, June 3, the Volunteers Against Crime and Corruption (VACC), made a call asking the public to boycott all of Judy Ann's films and television series in response to her latest infomercial favoring Meralco.

Leading the call was VACC Chairman Dante Jimenez and 28 non-government organizations. Jimenez branded Judy Ann's statement in the said commercial as a "lie" and an elaborate attempt by the Lopezes to save face.

In the said TV ad, Juday is shown defending Meralco's action of passing on its system's loss to the consumers, arguing that the said practice is valid.

The system-loss issue is the latest addition to Meralco's alleged "overcharging" habit against its consumers.

"Meralco is now sputtering on an empty tank," she said. Elamparo showed sympathy for Juday by saying that the popular actress and in-demand product endorser is just a "captive talent" of ABS-CBN, which literally puts her under the mercy of the network's executives.

CAUSE OF CONCERN. Alarmed by the negative reaction generated by the infomercial, Judy Ann's manager Alfie Lorenzo had an interview with dzBB's Mike Enriquez yesterday, June 3.

The controversial talent manager—who recently got involved in a verbal tussle with ABS-CBN's talent arm Star Magic—expressed fear that the ad might severely tarnish his ward's public image. He even hinted that the infomercial could be part of a bigger plan to discredit Juday before the public.

While Alfie acknowledged the faith and trust given by Meralco to Judy Ann in addressing the sensitive issue, the veteran manager couldn't help but worry that the damage inflicted on the actress's career might be too serious for them to handle.

At this point, Alfie cannot wait for Judy Ann to come home to face the controversy. "Ibigay naman natin ang side niya," he pleaded.