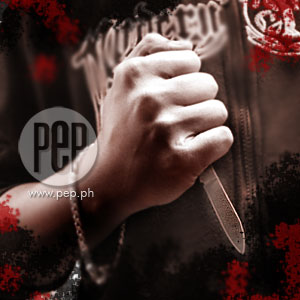 The Vizconde massacre made headlines in the Philippines in the '90s and started a trend in filmmaking. Besides the horror itself, the suspected perpetrators included high-society figures. Movie producers and directors rode the wave of public outcry by creating true-to-life films based on such heinous crimes.

Massacre movies during the '90s boomed out of the killings that racked Philippine society in that decade. The Vizconde massacre in 1991 started the moviemaking trend.

Enterprising directors and producers put their fertile imagination to work as they creating masterpieces that helped raise public awareness on crime and punishment beyond the daily news reports. Massacre films tackled extreme life-and-death situations based on actual events. Hence, dramatizing crimes that nobody witnessed was no small feat.

PEP's Top List remembers the massacre movies that were released in the '90s. The list highlights four of these films, starred by some of showbiz's biggest names.

THE VIZCONDE MASSACRE: GOD HELP US. This 1993 movie was based on the brutal murder of the Vizconde family members—Estrellita, Carmela, and Anna Marie Jennifer—on June 30, 1991, in their home at BF Homes Parañaque. The case became controversial due to the alleged involvement of Hubert Webb, son of former senator Freddie Webb; and Antonio Lejano, son of actress Pinky de Leon and nephew of actor Christopher de Leon.

The controversy caught the attention of director Carlo Caparas, who made his movie apparently in support for the aggrieved, as the title suggests.

Shot entirely where the heinous crime took place, the movie strongly projected reality. For example, Kris Aquino as Carmela Vizconde acted out the victim's final moments while being stabbed to death. Kris subsequently starred in other massacre films, making her the "Massacre Queen" in showbiz.

A year after the box-office success of The Vizconde Massacre, Carlo Caparas gave moviegoers a fresh sequel, The Vizconde Masacre 2: God have mercy on us (1994). The sequel tells the untold chapter of the Vizconde massacre.

THE LIPA MASSACRE: GOD SAVE THE BABIES! Vilma Santos portrayed the role of Mrs. Helen Arandia, wife of an Overseas Filipino Worker in Saudi Arabia. The Star for All Seasons starred with John Regala, Joel Torre, and then-child actors Charina Scott and Angelica Panganiban in this 1994 movie.

While boarding a plane back to the Philippines, Mr. Ronald Arandia (played by Joel Torre) was shocked when he saw his murdered family on a newspaper's front page. The killer (John Regala) visited Mrs. Arandia at their home in Lipa City, Batangas, and brutally murdered her and her two daughters, aged 8 and 6.

THE ELSA CASTILLO STORY: ANG KATOTOHANAN. This movie directed masterfully by Laurice Guillen popularized the term, "chop-chop lady." Starring Kris Aquino and Eric Quizon, the 1994 movie became an instant hit in the box office due to the engaging storyline and, of course, Kris' mounting popularity.

Based on the real life events of Elsa Castillo, the movie focuses on the tragic love triangle involving the married couple and the illicit affair between Elsa and her divorced lover. The husband found them out and, in a fit of rage, butchered his wife. Hence the term, "chop-chop."

THE LILIAN VELEZ STORY. The popularity of massacre movies dug up an old case involving actress-singer Lilian Velez. Lilian, who gained popularity as a film actress for LVN Pictures after World War II. She was the leading lady of actor Bernardo "Narding" Anzures in tha films, Binibiro Lamang Kita, Ang Estudyante, and Sa Kabukiran. The success of these prompted LVN Pictures to change Lilian's leading man, and Bernardo Anzures was replaced by Jaime de la Rosa. Bernardo became thoroughly distressed, for he harbored an "obsession" for Lilian, reports said.

On the night of June 26, 1948, Bernardo visited Lilian unexpectedly at her Quezon City home and stabbed her to death. A housemate who attempted to help Lilian was also killed. Bernardo was arrested, tried, and convicted for the murders. He later died in jail due to tuberculosis; his motive for the killings never established.

Forty-seven years after the crime, in 1995, it was dramatized by Sharon Cuneta (Lilian Velez) and Cesar Montano (Bernardo Azurnes). Although the case was long past, moviegoers were still hyped up by the star quality of Sharon and her portrayal as Lilian Velez.

Now, your turn to make your own list of massacre movies...