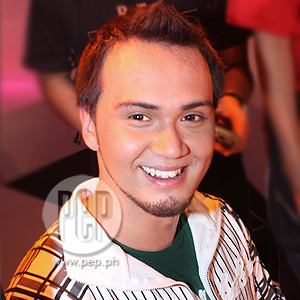 After a quick catwalk strut, Billy went on to perform a few numbers, accompanied by back-up dancers. This time though, he ditched the usual baggy pants he usually wears onstage and was wearing a semi-loose pair of jeans. It wasn't "skinny" but the fact that he wasn't in over-sized trousers was a fresh sight that evening.

Hanging out, however, doesn't mean that they are dating romantically. Billy stressed that they simply enjoy each other's company like normal friends. As for his love life, the former child star maintained that he's very much single and would rather work than enter a relationship this early.

Completing his three-month stay here in the country, Billy will be leaving on September 17 to resume his music career in Europe. Given a choice, he would love to still accept project here in the Philippines while attending to his overseas commitments. But that would be impossible, given the distance.

Leading a jet-setting lifestyle also makes it hard for Billy to focus on having a girlfriend.


"Well, I said if I'll find someone and we're compatible and okay lang kami, hopefully they understand din ‘yong ginagawa ko for me to leave and I have to leave. Pero sa dami ng blessings na ibinibigay sa ‘kin dito sa Pilipinas ngayon, I'm very proud and happy to be here."

His contract with ABS-CBN is good for only three months. Asked by PEP (Philippine Entertainment Portal) if negotiations for a possible renewal are in the works, Billy replied, "Not yet."

As for his strained relationship with mentor German Moreno, Billy mentioned sadly that they have yet to talk and settle the issue.