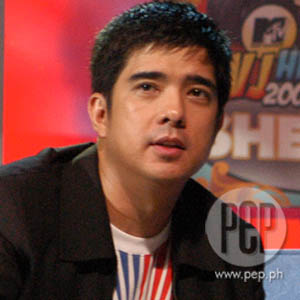 Friends and relatives of Francis Magalona are optimistic that the rapper-TV host will prevail against his battle with leukemia.

Two days after it was publicly revealed that the well-liked musician is in need of blood donors to replace the initial ones he already consumed in the hospital, PEP (Philippine Entertainment Portal) received a report that fans and friends started coming in droves to the Medical City in Ortigas, Pasig City to donate blood.

Other than the call for blood donors, Francis has made it clear that he doesn't want his current fragile health to become a "media circus."

He issued an official statement yesterday, August 14, which was read on air by Eat Bulaga! host Vic Sotto.

In the statement relayed via text message, Kiko (Francis's nickname) confirmed: "Ngayon meron akong isang pagsubok na dapat daanan at ang hiling ko lang ang inyong pang-unawa at suporta. I have been diagnosed with leukemia and I am preparing for my treatment."

GRADUAL SYMPTOMS. In an interview with music columnist Pocholo Concepcion, Francis's wife Pia Arroyo confided that her husband started exhibiting symptoms of the disease around March of this year.

"It was very gradual, hindi siya biglang lumabas. We don't want to use the word ‘curable,' but the doctors say it's treatable," she told Pocholo.

"Francis is in good spirits," she said. "Palabiro pa rin."

She revealed though that Francis's health during Eat Bulaga's recent U.S. visit revealed a startling pattern.

The iconic rapper immediately informed TAPE Inc. head honcho Tony Tuviera and the trio of Tito Sotto, Vic Sotto, and Joey de Leon of his condition the same day he learned of the diagnosis.

Kiko has been with Eat Bulaga! for 10 years and will turn 43 years old this coming October 4.