Tim Yap gives update: "Embassy is back to normal." 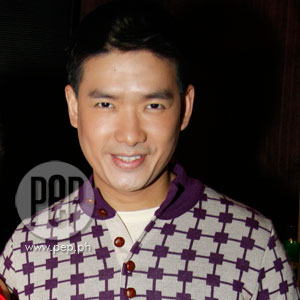 Last June, news came out that Embassy Bar and Restaurant was closing down due to an alleged brawl between a customer and a DJ, who was reported to be an employee of the bar. Tim Yap, co-owner and events organizer of Embassy, immediately clarified that the reported DJ was not an Embassy Bar staff.

In a statement he sent to PEP (Philippine Entertainment Portal), he stated that, "Embassy does not condone incidents of this nature and assures that it take the necessary measures to ensure that such incidents are prevented in the future." (Click here to read full statement )

PEP spotted Tim at The Spa, Bonifacio High Street in Taguig City during the launching of Zen Zest's newest endorser last night, August 14. There we asked for an update about the Embassy Bar.

"Sa Embassy, we're fully open na. We're fully operational," Tim told PEP. "Everything is back to normal. We're much better and security is... I mean, we made sure that Embassy is not only the most fun place to party in Manila, but it's also the safest."

He took the opportunity to clarify again that the DJ who allegedly started the fight was in no way connected to the Embassy Bar.

The eventologist accepted the fact that negative write-ups about him and his business are normal.

He ended, "So far, so good. We're working to make it better, as as we always want to do."