Dingdong Dantes on being one of Sexiest Men of the World: "Never in my wildest dreams..." 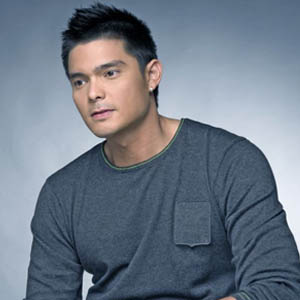 The Los Angeles-based E! Entertainment Television cited our very own Dingdong Dantes as one of its Top 25 Sexiest Men of the World. A letter sent by E! to Dingdong's manager, Perry Lansigan, stated that a television special featuring the 25 hottest males from around the world is going to be produced by E! Among those in the list is soccer superstar David Beckham of Great Britain. (Click here to read related article.)

Fresh from New Jersey, where he and Dyesebel co-star Marian Rivera promoted GMA Pinoy TV, Dingdonghad a phone interview with StarTalk yesterday, August 23, about this latest feather in his cap.

What does he feel now that so many blessings had come his way?

On Wednesday, August 27, Dingdong and Marian will stage their birthday concert—Let's Celebrate: The Marian-Dingdong Birthday Blowout—at the Araneta Coliseum. Are they ready for the concert?

What can the fans expect from this concert? Would Marian and Dingdong offer something new?

In terms of going daring in the show, who would take the spotlight?

Since Dingdong and Marian said that they are going to watch KC Concepcion and Richard Gutierrez's movie, For The First Time, are they going to invite them to their concert?