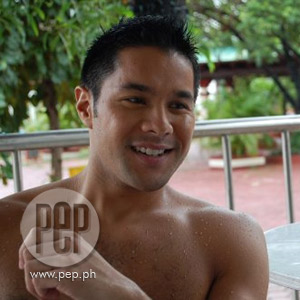 Fast-rising actor Victor Aliwalas (in photo) is one of the 69 sizzling hot guys who made the cut in this year's CosmoMen list. The 2008 Cosmo Bachelor Bash will take place at the A. Venue Events Hall in Makati Avenue, Makati City today, September 11.


Professional models, budding actors, TV personalities, and new kids on the modeling block will be part of the 2008 Cosmo Bachelor Bash. With the search getting bigger each year, the sixty-nine guys are Cosmo-certified as they were hand-picked by the editorial team of Cosmopolitan magazine.

TV host Kenny Waymack, fast-rising actor Victor Aliwalas,and Mr. Costa Rica Cesar Echos, are among the hunky bachelors who made it to the prestigious list.

Kenny Waymack has been hosting Chillspot on ETC, after finishing third place in Unilever's Close Up to Fame 2. Commercials have allowed him to show off his pearly whites but he also dreams of crossing over to do movies and work closely with the the likes of Angel Locsin in an action movie and, maybe, Cesar Montano for a martial arts movie.

Victor Aliwalas, who played the handsome lawyer, Adrian, in Marimar, has appeared in two movies: My Monster Mom and My Bestfriend's Girlfriend. He considers himself blessed to have worked alongside the most popular actresses in the country such as Iza Calzado, Katrina Halili, and Diana Zubiri. He is currently part of the cast members of GMA-7's Ako si Kim Samsoon. A mortgage broker in the United States, he was discovered while he was having a vacation in the Philippines, and he fell in love with the slower pace of life here in Manila.

During the shoot for the September 2008 issue of CosmoMen, Victor admitted that he didn't do any special preparations for the shoot and didn't even get enough sleep.

Foreign model Cesar Echos, who was encouraged by his agent to try out as a Cosmo bachelor, is open to trying his hand at acting here in the Philippines, if given a chance.