Mark Herras and his "playboy" image 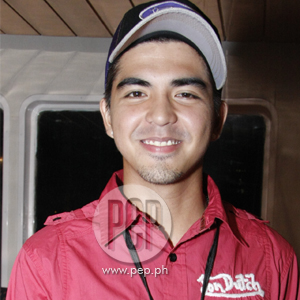 In one of his interviews, Mark admitted that he's getting sick and tired of his "playboy tag." Almost every lady who becomes close to him eventually gets linked to him. Is it his charm? Or is it malice on the part of the press?

Nobody can deny it. Mark Herras is as much known for his smooth dance moves as his tendency to get easily—and romantically—linked to a girl. Mind, that's in and outside showbiz.

Tagged as the Bad Boy of the Dance Floor, could he also be the bad boy in the game of love?

But it's not really Katrina whom fans associate Mark with. It's Jennylyn Mercado.

Mark's original lady love Jennylyn was the female counterpart to his title of Ultimate Starstruck Survivor in 2003. Their partnership was the best received amongst the many team-ups Mark has had.

A testament to the Mark-Jennylyn bankability is a project being readied for them, after Jennylyn fully recovers from giving birth to her and Patrick Garcia's baby Alex Jazz (born August 16, 2008).

But setting aside the Jennylyn connection for a while, Mark Herras's recent comments on his work partners (he was even teased about his alleged short romance with Rufa Mae Quinto in Startalk's Sept. 13 episode) have spawned an urge for a quick look at the considerable number of women linked to him. Take a deep breath....

Still, write ups about his supposed wooing exploits continue to interest the press. His love connection with Dyesebel star, Marian Rivera is one example.

There were rumors, which started circulating last June 25, claiming that Mark attempted to woo Marian again. But nothing came of it.

As for the others in the list, only EB Babes dancer Lian Paz has the "bragging right" to say that she had had a very public and a tad distasteful breakup with Mark. "Hindi na nga maayos ang paghihiwalay namin dahil nung December 26 [2007] lang, tinext niya ako na cool-off muna kami dahil hinahanap pa raw niya ang sarili niya," Lian related in a January 11, 2008 interview.

Mark and Lian were together for 10 months.

Has Mark confirmed any other relationship?

The others are just plain fiction, according to Mark. The March 2007 issue on him and Iwa Moto, about how they were spotted entering a motel, is definitely untrue. "Nagulat nga ako nang lumabas yun. Malabong mangyari yun, dahil barka-barkada lang kami nina Iwa."

On budding stars, Kylie Padilla and Ynna Asistio, Mark, despite a number of insinuating articles insisting he had wooed the two, denied any link. He said they were just his friends and colleagues in the business.

In line with that, promoting his latest movie, I.T.A.L.Y. (I Trust and Love You) has actually been a bit hard for the actor as some fans are allegedly against his team-up with Rhian and are spreading untrue reports on his love life.

And as for ‘his' Jennylyn Mercado, Mark clearly sees nothing wrong about his continued show of support for her: "Hindi naman siguro, kasi wala namang ibig sabihin ang pagtulong ko. Tumutulong lang ako."