Dante Ponce: The former model-actor is now a photographer 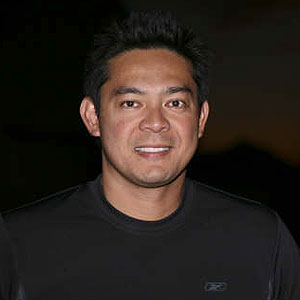 Dante Ponce is now based in San Francisco, California, but hopes to visit the Philippines soon.

In a way, his showbiz exit was like that of a boyfriend who left without so much as a by your leave. He was singing one moment, acting in a movie, and the next thing you know, he's gone.

And we're talking about Dante Ponce.

Ask anyone who lived through the early ‘90s, that's how he or she would describe Dante Ponce's career and exit from the entertainment scene.

According to Dante himself, his departure from the industry was not at all sudden—but just don't ask some of his fans who think otherwise. If you google Dante Ponce's name, you would discover via forum threads that there are people who have been looking for him.

Despite his short stay in the industry, the model-turned-singer-turned-actor had made quite an impact that some had felt the need to inquire about his whereabouts.

When asked his reason for leaving, his explanation was pretty simple. He left the Philippines and his career because he followed his heart.

He fell in love.

How it all started and ended. Like buddy Calvin Millado, one can trace Dante Ponce's roots in San Beda, PMAP (Professional Models Association of the Philippines) and Boy Abunda.

When he got wind that Calvin had entered showbiz, he asked him if he could also try it. It was then that he met Boy Abunda who was already handling Calvin's career. He remembered Boy telling him: "I like you, mukha kang mayabang... that's good for showbiz."

And that was that. He then became one of Boy's talents under his Backroom talent management. Together with Ariel Rivera and Calvin Millado, they would later get described as the handsome, talented and sosyal guys of Backroom. They were all degree holders, came from good families, and spoke fluent English. Those facts alone separated them from the rest and defined them since.

"Boy always gave his ‘pep talk' but it's different for everyone. I was never promised anything and I clearly understood that. My attitude was to be grateful for whatever came my way in showbiz," he said.

Dante was able to release a self-titled album under Alpha Music back in 1993 with some mild hits like Sa Bawat Sandali, Para Lang Sa'yo, and Isang Ngiti Mo Lang. He would also figure in a lot of provincial gigs, TV hostings and appearances, and in some movies. He was also quick to add: "I was the first artist who endorsed Mentos candy."

"I remember hosting in Vilma's [Santos] show and doing a movie with Dina Bonnevie and Cesar Montano, the movie Hanggang Saan, Hanggang Kailan," he added.

But his career was yet to climb a notch when fate stepped in. "I got invited at a provincial tour with then band, the Big Thing and I met this girl," he began. "Two weeks later, I met her again when I went to Ariel's show and then..." Dante fell in love.

Dante fell for the girl so hard that he would eventually follow her to the U.S., where she resided, just to win her over. And in the middle of everything that he was doing in the Philippines, he won the heart of his ladylove and they got married. He was in his early twenties and his career was in its early stages, but those things did not matter.

Dante related that it was not an immediate decision for him to migrate to another country. "It's just that it would not be fair for me to ask her to live here and be exposed to everything that's happening in showbiz. [Our relationship] would not have lasted if we stayed [in Manila]. I needed to really make the decision to live in the U.S. for her, for my family."

In the end, love succeeded. Dante's wife's name says it all: Winlove.

Winning Love. "I am now based in California," Dante said. "And I am now a professional photographer."

Dante is now the proud owner of a photography business—Dante Buerano photography. Buerano being his real last name.

"I have clients from everywhere and I cover events, etc. Right now I'm busy handling business with Sports America," he said, adding that he takes photos of kids who are taking swimming lessons under the national sports company. "Everything is going well...I am enjoying myself."

But settling with photography as a profession did not come overnight. "I went through the rounds of sales and then pharmaceuticals." For a time, he also attempted to venture into the furniture business.

Last 2006, Dante visited the country and stayed for a week just "to attend CITEM Furniture Trade Show. I wanted to make contacts, which I did, but it did not work out in the end. I'm glad it didn't or else I would not have gone anywhere because the furniture business is also greatly affected with the real estate crisis we are experiencing [in the U.S.]... Lots of furniture stores are shutting down."

Veering towards the crises in the U.S., both in real estate and Wall Street, Dante proved very eloquent about the goings-on and was actually passionate about voting for the Republican candidate. He was no Obama supporter that's for sure.

In any case, it's not really work or politics that makes Dante feeling complete and happy these days. It's his family.

The 37-year old guy is the proud dad of four children: "I have a 13-year old, her name is Glys Angelique. Glys, because my father-in-law's name is Glis so we just made it a bit feminine.

"I have an 11-year old son, Dante Armand. Armand because my wife likes Armand Assante [the actor]," he related, adding that his son drops the ‘Dante' and just uses ‘Armand'. "Ewan ko ba kung bakit," he laughed.

"And then there's my 9-year old daughter, Jasmine, and my youngest Sofia, who's 5." No doubt it's a full house at Dante's. They even have a dog, "Stacey" to complete the pretty picture.

A regular day is dad Dante taking his kids to school and then proceeding to his work and photo shoots. "I spend quality time with my family and play golf when I have the time."

And lthough he acknowledged that he had gained "a little" weight a few years back, "I think I'm in much better shape now than I was before."

So does he think he still has the X factor? "Of course," he replied, tongue in cheek. "I'm very active. I race in triathlons whenever I can, and I work out twice a week."

Life couldn't be better for Dante. But wait...

"I miss the Philippines," he confessed. "You know this is not my country [U.S.]...I just miss our country." He misses his friends, his parents, his family, "and just the environment, I miss the feeling of being there...although there are some things I'd rather go without, but the Philippines is really different."

Would he consider returning to the entertainment scene?

"In a heartbeat!" he said, remembering fondly the last time he performed. "In October of 2005, I was invited to sing at Ryan Cayabyab's World Musikahan special which he did in San Francisco."

"The whole experience was great," he said about his showbiz stint. "I enjoyed my time and, maybe also, because my attitude was that I didn't have a high expectation. You know, I could have come back as I was still young then but it would have gone nowhere as my family was not with me."

And though he's keeping his options open when it comes to returning to the country with his wife and kids, right now, his focus is to make his photography business thrive. "You know in general, it's very competitive but you've got to know how to hustle."

The whole family is also planning to move state. They will be Hawaii residents soon. Dante will bring his business with him and his wife, an oncologist, will also be working in the area.

When teased that he must already be very rich, he quipped: "Kung mayaman ako, eh di, dapat andiyan na lang ako. Balik sa showbiz to have fun and at the same time helping the poor people with my wealth..."

So when will he come visit the country? "Soon," he promised, and added jokingly, "Sooner if I get a hosting job."