Francis Magalona: The Master Rapper is still looking good at 44 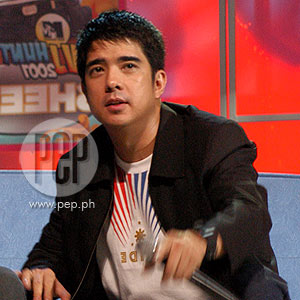 Master Rapper Francis Magalona responds well to medicine and is slowly but surely winning his fight against cancer. He celebrates another year. At 44, he still looks boyish.

From his youthful looks, not many may be aware that master rapper Francis Magalona is already celebrating his 44th birthday this October 4.

It has been more than two decades since local showbiz has had the privilege of Francis's genius.

For the thirthysomething and up, he would be remembered as the breakdancer in his batch in That's Entertainment—the same show that popularized other big names today, like Lea Salonga, Janno Gibbs and Ruffa Gutierrez.

Francis in the early days was known as that cute guy with the cool moves in films like Bagets 2 (1984) and Ninja Kids (1986). He gained mild popularity, alongside many other young celebrities.

But in1990, he broke out of the teensy-cutesy mold and became quite the trendsetter. And how!

Francis Magalona reinvented the local music scene and catapulted to mainstream the rap genre via his mega-hit Mga Kababayan. It was in 1990, included in his first album Yo!, when the single awakened the rapper-lover in every Filipino, as well as their patriotic inclinations.

The lyrics, "Mga kababayan ko, dapat lang malaman n'yo, bilib ako sa kulay ko, ako ay Pilipino'" became so popular that the line could have been added to our national anthem, Lupang Hinirang, and nobody would have howled in protest. That song made Francis Magalona firmly established in the local music scene.

The son of silver-screen giants, Pancho Magalona and Tita Duran, many were banking on Francis to make it big like his parents. His dad and mom were known as good dancers and actors—true performers, undoubtedly—during their time.

And Francis did not disappoint.

Eventually known as Francis M or, simply Kiko, his Yo! was followed by 1992's Rap is FrancisM. The album was later hailed as one of the greatest Pinoy rap albums ever produced. It included hits like Mga Praning, Halalan, and Tayo'y Mga Pinoy.

Kiko also came out with an album in 1993, Meron Akong Ano! and FreeMan in 1995. In 1996, his single, Kaleidoscope World won the Awit Award's Best Produced Record of the Year. After that, there was really no looking back for the Man from Manila—another of Francis's tags.

What makes Francis's celebrity distinct is the fact that his songs express fervent love for country. His songs overflow with devotion to the Pinoy identity, as in his ardent revival of Heber Bartolome's Tayo'y Mga Pinoy. A line goes: "Tayo'y hindi Kano, huwag kang mahihiya kung ang ilong mo ay pango." Adding a mainstream touch to it, Kiko's music magic is truly astounding.

His magic extends to other forms.

Aside from being a singer-rapper, Francis also produces music videos and wins acclaim for these, too. In 2006, MYX Video Awards gave him the Best Rock Video for his work in Sponge Cola's KLSP. He has also won a trophy at the Hiphop awards as Album Producer of the Year for Rappublic of the Phil. Vol. 2 for Sony BMG.

It is also important to note that in 2006, Francis was the recipient of the coveted Generation Award given by MTV Pilipinas Video Music Awards. It was only the second one given, the first was awarded to another great, Gary Valenciano.

So far, Ely Buendia, Gloc 9, and Shamrock, among others, have had the chance to work with Francis M as music video producer.

Because of his wit and glib tongue, Francis is also a trusted fellow in hosting. An effective host of live events and presentations, on TV, he has been one of Eat Bulaga's dabarkads since 1997. He was a judge in Philippine Idol alongside Pilita Corrales and Ryan Cayabyab in 2006, and a VJ for MTV Asia from 1997 till 2000.

No doubt, give Francis a mic (or a moving camera) and the guy can do wonders with it.

In his multiply account, a popular one judging from the more than a million hits, he talks about his love for family—his adoration for his wife and kids. Did you know that he gives each of his girls (wife and daughters) a bouquet of flowers every Valentine's Day?

The always-updated entries would fascinate anybody.

He loves dogs, Francis does. The Magalonas have a Whippet (a cross greyhound and small terrier), a Phaedra (bloodline Whippet), a Daschund, a Mini Toy Poodle, and an English Bulldog. The list does not count their kids' Shi-Tzu and Mini Schnauzer.

Other than his love for living creatures, his passion for technology cannot be denied. Francis Magalona loves cameras, loves his Mac laptop, loves his PSP, loves playing Gameboy, the Xbox, we could actually go on and on... In one of his many posts, he described himself as: "A geek at heart, and a gadget boy, a toy collector, a ‘must-have-the-latest-shit' guy."

The artist-techie, aside from having had exhibits in painting, is a proud member of the prestigious Camera Club of the Philippines. Francis is a good photographer.

Another outlet for his creativity is his booming T-shirt business, the FMCC (Francis Magalona Clothing Co.). His 3 Stars & A Sun design has actually been very popular and there is a clamor for more of his shirts. In response, a new shop for his products will be open in Broadway, Quezon City on his birthday, October 4.

As for other facts about Francis M...

He used to play soccer during his high school in Don Bosco and in college, San Beda. He also loves a good game of basketball as much as a round of golf.

He loves good food and is passionate when it comes to movies he likes—he liked Hide and Seek because it stars his idol, Robert de Niro; he cried in The Sisterhood of the Travelling Pants; and he strongly recommended watching Mr. & Mrs. Smith, "just because I like it."

But one of the things that would inspire anyone who browses through Francis's blogs is his self-confessed addiction to substances and how he eventually defeated the habit.

Every year since May of 2005 when he posted, "Four years ago I was drunk, drugged out, despondent and in deep shit... incarcerated, beaten up by the cops, shot at, my vehicle was impounded and I was in the news," he celebrates the same period every year by blogging that he is still clean and booze-free.

Since, despite his fans and colleagues in the industry being emotional about the news, Francis has displayed an unruffled façade in his interviews that is admirable.

Francis is doing well and responding to his chemotherapy very positively. "I will need some transfusion and a LOT of Prayers," he posted in his blog.

It wouldn't be hard to imagine that Francis's kababayans are all praying for his speedy recovery. And who knows, the master rapper may just be rapping his way back to our small screens very soon.