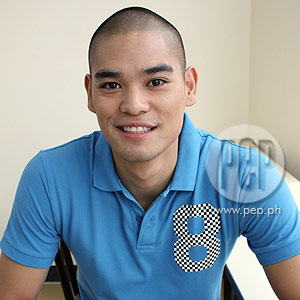 R&B prince Jay-R adds another feather to his cap, that of entrepreneur of a convenience store. "I'm really business-minded eh," he said. "And I wanted something that's working already and I noticed that Ministop is growing rapidly so I wanted to be part of that success."

It inspires when one hears of people striving to reach a worthy goal—like Jay-R who is intent on becoming as good a businessman as he is a singer.

The R&B Prince invited friends and media to the opening of his Ministop at Wilson St. in San Juan last September 30.

"I'm really business-minded eh," he said. "And I wanted something stable, something that's working already and I noticed that Ministop is growing rapidly so I wanted to be part of that success."

Not a newbie in entrepreneurship, Jay-R had had a taste of success and rough times in the field. "I had a club, Rock Candy, pero sumabog yun eh." Rock Candy, which was launched February of last year, was one of the casualties in the Glorietta blast of October 2007.

"Nadamay kami dun so ever since parang..., of course I wanted to go into business but I wanted to get out of the clubbing business. Medyo mahirap [kasi]... although we were doing very well [then], sumabog nga siya and it was kinda hard to get back," he revealed.

Jay-R added that another reason why he decided to veer away from ‘clubbing' ventures is the time factor. "[Considering I'm into] singing and acting, medyo mahirap dahil dapat kasi tutok itong mga club, dapat andun ka talaga. Compared to like this, mga Ministop, you just have to get somebody you trust, the manager, and then from time to time you just come in and supervise."

He said that it took him four months to finally settle everything and get a franchise of the popular convenience store.

"This is actually my fourth business," Jay-R noted. "My first was my recording studio Homeworkz, which is in my house. [Then] of course with a studio, I had to follow it up with my record label. It's also called Homeworkz—Homeworkz Records. Tapos my third one is my events company, it's called Backhome Productions. We do ‘yung mga shows ko ganun and then my fourth one, Ministop."

Homeworkz, he added, will be releasing his Christmas album in November. "Tinatapos ko na lang, mga dalawang kanta na lang. There are 12 songs, may dalawang original and 10 classic Christmas songs [including] White Christmas and Christmas song."

On top of everything, Jay-R is also busy with "SOP, a new soap, La Lola with Eddie Garcia, Rhian Ramos and others. And there's Desperadas 2. Ang daming work, it's a blessing.

"And aside from all that, I'm producing three songs on Kyla's album. And then I'm also finishing World Wide Peace Record so you know, everyday talaga, every hour actually, may schedule."

Which is why he couldn't even remember the last movie he watched. "Tagal na. Ngayon walang time talaga. Ever since I started, everyday, may trabaho talaga."

"'Pag may bench fashion show, I'm working out," he related. "And occasionally I work out. May gym din [kasi] sa bahay. The only thing lang eh nakakatamad din ‘pag ano, ‘pag maraming trabaho so you know occasionally [lang], when I'm feeling up to it. Konti. But most of the time hindi eh."

But he is health-conscious "sa pagkain. Like I don't eat the skin of chicken or I don't eat crispy pata, mga ganun. [But] I eat junk food definitely."

His idea of junk food is, "It would have to be pandesal with cheez whiz." Laughing, he added: "Well, sige, I like E-aji. And also, I just came from Davao and I bought a bunch of ube yema, sarap!"

Evidently, it's not dieting that occupies the singer-actor but fitting all his activities in his tight schedule. When he has the time, he makes sure that he plays "Basketball and hang out with friends, kwentuhan lang ganun."

The coming months may just be a little too busy for him. "But [on Christmas, December] 25, after the Film Fest, I'm leaving. The family, we're going to Frankfurt, Germany. So we're gonna meet up there and have our Christmas and New Year's there."

For now, Jay-R is busy putting in order all of his commitments which now includes his new convenience store.