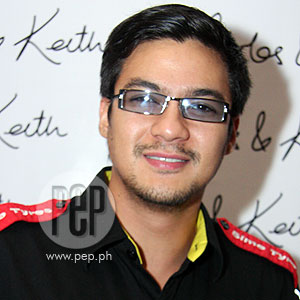 Despite the intrigues surrounding the Valentine concert he is producing, Jomari Yllana has every reason to smile these days. "We're doing well in terms of sales," he said during the Scents For Life event last night, January 16. "Meron siyang trend, e. Kung mapapansin mo, hindi pa kami nagtotodo ng promo. Print ads namin has just come out, and ang billboards namin will come out next week. We expect better sales in the coming weeks.&qu

A few weeks before the highly-anticipated concert of Martin Nievera and Pops Fernandez, a mild muddle became the topic of some showbiz denizens: Is GMA-7 really the media partner of Missing You, which is slated to happen at the Big Dome on February 6?

But rumors of late hinted that the partnership may not materialize.

This issue was brought up during the presscon, held last January 16 at the 17th floor of GMA Network Center, with the executives of Kapuso network.

The premise here: As the producer, Jomari is the one who has the final say, unless his contracts with Martin and Pops stipulate that the artists also have the upper hand in choosing partners.

GMA-7 WILL AIR THE CONCERT. At this point, the definite thing is that Missing You will be shown on GMA-7, and take the time slot of SNBO (Sunday Night Box Office).

Ms. Wilma told the press people, "They wrote a letter to our President, and signified interest to get block time... I think it would air in March or late February, so ano na yan, may agreement na kami with them."

But are the two artists going to promote the show in Channel 7 as well?

When asked if the block time agreement was already signed by the parties involved, Ms. Wilma said: "Yeah, oo."

But even after she made such confirmation, the hum during the presscon was that Jomari's team was reportedly pressured by ABS-CBN to pull out the deal with GMA-7.

To verify this, we sent a text message to Bong Osorio, corporate communications head of ABS-CBN, yesterday, January 17, and his reply: "No idea. Let me check, ha." At press time, no word from him yet.

PEP got in touch with Douglas Quijano, talent manager of Jomari Yllana, and he gave a one-liner regarding the issue: "Ang pinili niya, GMA."

We also made several attempts to contact Jomari last Friday, January 16, but his cell phone number was out of reach. Finally, PEP staffwriter Nerisa Almo was able to get hold of him last night at the Scents for Life event.

He added, "But all is fair and every network is doing their best to help me. As a neophyte producer, I need all the help I can get, e. And when I approached them both, open-hand sila, e, in helping me out. And I feel very good and thankful and super nagpapasalamat ako sa kanila."