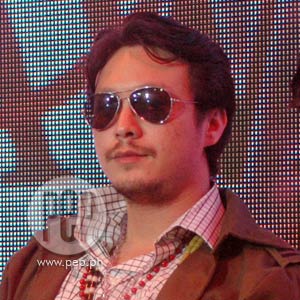 During his early years in showbiz, Baron Geisler was seen as a promising talent in the field of acting.

Indeed, he proved his talent as an actor in the youth-oriented television shows Gimik and Tabing Ilog. In 2000, the Gawad Urian considered him for the Best Supporting Actor award for the movie Anak, wherein Baron played the son of an Overseas Filipino Worker (OFW), played by Vilma Santos.

In the following years, however, the 26-year-old actor had fewer projects and got involved in several controversies, which tagged him as a drunkard.

As a returning actor, Baron wanted to put these negative issues behind and focus on his job as an actor. Since he got out from the controversial Pinoy Big Brother house, Baron has been part of several movie and television projects, the most recent being the 2008 Metro Manila Film Festival Best Picture Baler, and two teleseryes—Eva Fonda and Tayong Dalawa.

Baron considers himself lucky for being given another chance to prove his worth in showbiz.

The former child star said that he just realized that he really has to develop the talent that was given to him.

AWARDS CAN'T BUY HOUSE. Baron's hard work since he came back paid off when he was hailed as Best Actor in the 2008 Cinemalaya Independent Film Festival for the movie Jay, which he co-produced.

He went on by describing the movie. "It's not a gay movie, I tell you, it's about a reporter's life, a director's life, how they deal with these people and how people deal with them as well. It's an amazing film, so people should really watch it and be excited for it."

Although these awards inspire him to work harder, Baron was honest enough to say that he needs more money right now than distinction. He wants to build a house for his mother.

Baron's wish for this year: "Pero sana naman ngayon maging kasing-yaman ko si Gerald [Anderson]—may Tayong Dalawa, may bahay na siya. Ako, wala pa akong sariling bahay, 'yon po ang gusto kong ma-achieve for 2009, to buy my own house. My inspiration is my mother and especially for my family in the future. So, that's why I'm working hard, e. Minsan tarantado ako but when I work, I work. You can ask everybody."

The young actor is also grateful that his home network has given him another chance to realize his dreams.

"It'll be shown in Korea and it's about the Korean conflict and how Filipinos were brought to Korea. I play Kapitan Yap, who was the first Filipino who accepted medal of valor, the highest achievement a soldier can have," Baron informed PEP (Philippine Entertainment Portal).