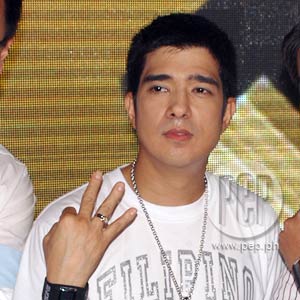 As an artist, Francis Magalona will be remembered for a lot of things. Above all, the legacy left behind by the man dubbed as the country's "Master Rapper" is undoubtedly the body of songs and the music he popularized in his heyday.

The tragedy of Francis Magalona's passing is that he was too young to leave the world. Like great artists who died before their time, Kiko, at age 44, still had a lot to give to the public. The loss will linger for a long time.

We are now left to look back and celebrate Francis's life, his achievements and legacy. From his music to all his other passions— photography, designing, directing—Francis embodies the boundless possibilities one can achieve.

PEP (Philippine Entertainment Portal) pays homage to the "Master Rapper" by listing down five legacies that t public would surely remember the most.

MASTER RAPPER. Francis Magalona introduced rap music to Original Pilipino Music and generally to Pinoy listeners. Before his breakthrough debut album Yo! in 1990, rap music was an alien thing in local music.

Kiko bravely went against convention to deliver a genre unheard of in Philippine radio. Since the time he did it, no one else followed Francis's footsteps in terms of popularity as a rapper and performer. Until the end, Francis M was the undisputed king of the local rap scene.

MUSIC. In a blog posting at the height of his battle against leukemia, Francis proudly noted how his profession as an artist allowed him to leave a lasting imprint in the hearts of everyone.

For Kiko, his legacy is the music he left behind. Francis's extensive catalog include the songs "Mga Kababayan Ko," "Cold Summer Nights," "Gotta Let Cha Know," "Kaleidoscope World," "Ito Ang Gusto Ko," and "Girl Be Mine," among many others.

A true artist at heart, Kiko was among the few who could easily reinvent without alienating his audience. Francis's music easily transcends genres, trends, and specific listeners—hallmarks of tunes sure to become classics.

PATRIOTISM. Way before Bamboo was singing "Hoy, Pinoy ako!" Francis M was already reminding his kababayans how great it is to be a Filipino. Throughout his career, Kiko's songs were always about being proud of our roots. It wasn't always pretty though as part of Kiko's integrity as an artist included exposing all the dirt and ugliness in society.

Some of his songs contain social commentary as in "Mga Praning," "Ubos Biyaya," and "Nilamon ng Sistema," among others. Outside music, Kiko coined the phrase "Three Stars and a Sun" in his clothing line—an obvious reference to our national flag.

BAGETS. Before his music career as a rapper-performer, Francis was first and foremost an aspiring actor following in the footsteps of his actor parents. Kiko was part of the second batch of the legendary coming-out youth film, Bagets in 1984.

He was being groomed as a matinee idol like most of his peers, namely, William Martinez, Jon Hernandez, JC Bonin and Raymond Lauchengco. Kiko's acting career, however, was sidetracked the moment he found his true calling and passion—music.

FAMILY MAN. Francis was described by his children as a "cool daddy." Kiko's boyish charm was not just skin deep. For a popular celebrity with high showbiz pedigree, Kiko managed to keep his family life private. Friends described him as a devoted husband to his wife Pia Arroyo, and dedicated father to their eight children.

During the time he was undergoing chemotherapy, Francis time and time again reiterated the strength and motivation he got by just thinking about his family.


Click HERE to view PEP's tribute to the the Master Rapper Francis Magalona.