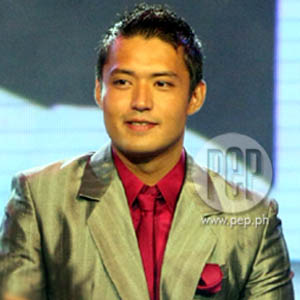 Alma Moreno's marriage to the mayor of Marawi City, Sultan Fahad "Pre" Salic, as first reported here in PEP, brought good cheer to her sons, Mark Anthony Fernandez (with the late Rudy Fernandez) and Vandolph Quizon (with Comedy king Dolphy). They are just happy for their mom.

Mark revealed in an interview with Startalk that his mom's new husband even spent the New Year with them.

Mark added that he fully supports his mom's decision to marry.

Vandolph feels the same as his stepbrother and he expressed this in a separate interview with Startalk.

After saying his piece, the Quizon in Vandolph couldn't help but make a joke.

Meanwhile, Startalk also asked Vandolph and his wife Jenny Salimao about their visit to St. Luke's Hospital for her ultrasound. According to Jenny's obygyne, Jenny is doing fine and the baby is doing good as well. The couple are expecting a baby boy.