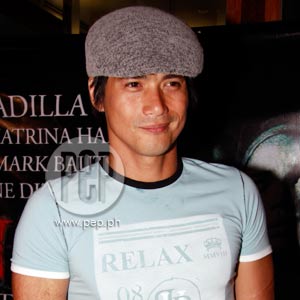 Robin Padilla expressed his wish that he only wanted to give children the right to education. He would agree, however, that if the law states that he move the school elsewhere, he would oblige. This is in relation to Brgy. West Fairview's complaint over Robin constructing a school without a building permit.

Last Thursday, April 30, at past 2 p.m., action superstar Robin Padilla appeared before the Quezon City Metropolitan Trial Court Branch 42 for the arraignment on a violation of the national building code.

Robin's legal counsel, Atty. Patricio Tampingco Jr., added, "They said there were no papers, documents in order to pursue construction... But actually, we complied na."

Barangay Chariman Jose Arnel Quebal said that they got complaints from Brgy. West Fairview's homeowners, so, he forwarded the complaint to the right officials.

DISCRIMINATION? Robin didn't want to think about discrimination against Muslims in West Fairview and he doesn't want to think that it was the main reason for people wanting to close down his school.