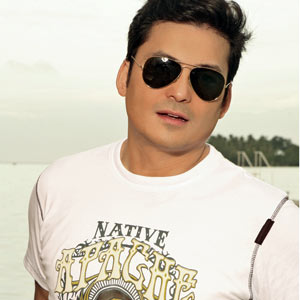 Gabby Concepcion has a simple explanation on the reason behind the clamor for his tandem with Sharon Cuneta. He said: "Siguro if we roll back time, 30 or 40 years ago...We talk about 30, 40, 50, 60, whatever years back, during the time of Rogelio de la Rosa and Carmen Rosales, Tita Duran and Pancho Magalona, timeless yung kanilang tandem. "Not too far back, let's say Guy and Pip, di ba? Nestor de Villa and Nida Blanca...hindi na nakakalimutan, e, sila pa rin.

So much hoopla churned out of the brief exposure of Gabby Concepcion in Star Cinema's BFF (Best Friends Forever). The loyal Sharon-Gabby fans were surely delighted, but some movie press people were baffled.

Weeks prior to its showing, the Kapamilya actor had incessantly denied—in two of his previous interviews with PEP (Philippine Entertainment Portal)—having a cameo role in the movie topbilled by Sharon Cuneta and Ai-Ai delas Alas. (Click LINK 1 and LINK 2 to see related articles.)

Last May 15, in an exclusive interview with PEP, Gabby clarified that he was totally clueless about the plan of ABS-CBN's movie arm until they gave him a phone call three days before the actual shoot, which took place right before the showing date of BFF.

He said, "I didn't know about it till I found out, about three days before the shoot, na kung puwede daw...'Tapos sabi ko, 'wow, a lot of people have been asking me that question and I kept on denying it, diyahe naman.'"

Gabby's initial decision was to reject it. His reason: "Paninindigan ko na lang, kasi sinabi ko sa kanila I don't know anything about it, and nauna pa yung ibang tao na makaalam ng details nun. In fact, nag-'no' na ako dun, e. Sinabi ko na 'no,' kasi I also felt then that it would be better if people would see me first in my own movie."

Since he returned from the U.S. last year, the Kapamilya actor has become more meticulous about the projects that come his way. He's not being overly fastidious; he simply wants to do things right this time. So, when the idea of appearing in the movie of his ex-wife was mentioned to him by Malou Santos, the managing director of Star Cinema, he had to weigh the pros and cons first.

He related, "Tinanong ko rin sa ABS-CBN if it's a good idea. Malou said, yun nga, hindi naman daw nila ako ilalagay sa alanganin, so I said okay. I asked around na, mga second and third opinion because I wanna make sure na my appearance won't result to anything negative. Ayun, that's the only thing na I want to be assured of."

Aside from Star Cinema, Gabby also asked Sharon and his wife Ginbee. "I also want to make sure that everybody knew, especially Sharon," he said. "That's the first thing I asked, if she knew about my guesting, and I also asked my wife about it, right after..."

PEP asked: How come you said earlier that you were the last person to know about it?

The dad of KC could only cite the surprise factor as the possible reason. He told PEP, "Probably, knowing that it's a secret nga...They may consider that it's a surprise, and you know, usually the person who is invited is usually the last person to know...So, ako, ako yung na-surprise because ako nga yung kukunin nilang guest. Or I don't know, iniisip ko lang na siguro ayaw din nilang sabihin sa 'kin para hindi ko maipagkalat."

And how's the feedback?

"Very positive," was his quick answer.

From a strategic point of view, the movie may be deemed as a teaser to their reunion movie, which, according to some sources, may be released before this year ends. Is this true?

Gabby answered, "Yun ang speculation nila, but of course, Channel 2 has their way of, you know, making everything, finding everything, e...I don't know, I can't answer that."

The 80's matinee idol admitted that in one of his brief conversations with the Megastar, they talked about the reunion movie, but he opted not to elaborate and simply said, "Baka maintriga lang tayo, e. We'll just wait if they decide to come up with a project then we'll see."

But personally, is he open to having a movie with Sharon?

"Ako, I don't know," he replied. "I really don't know. And I'm not pushing anybody to do it. It would be nice to have it after 20 years, kasi a lot of people are asking....Whatever happens, I'm okay with it," ended Gabby.