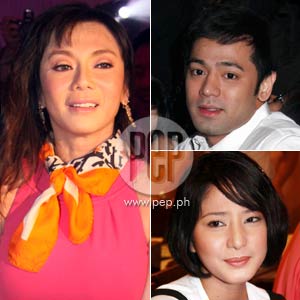 Dra. Vicki Belo could not help but answer the questions of the entertainment press with regards to the current hottest issue in showbiz today—the sex videos of her former boyfriend Hayden Kho.

At the re-launch party of Flawless held last night, May 24, at the Blue Leaf Pavillion at McKinley Hill Village, Fort Bonifacio, Taguig City, the beauty doctor admitted that she's affected by the issue.

"As I said earlier, it's the worst trial I've been through," she stated. "You know naman that I've been through so much already, di ba? But this is the most painful one so far. I don't know, everyone is a victim. I see it's a lose-lose situation for everybody. But I'm trying, I'm trying to see the silver lining behind it. When everything that happens, I always try to see why it happens, what I can learn from it."

Dr. Belo said that this also serves as a signal to our lawmakers to make concrete rulings about this kind of issue. "I don't think the lesson is really for me. I think it's more, number one, for our legislators to put clear rules, laws, against this thing," she said.

But the most important lesson from this controversy, according to Dr. Belo: "I think it's a lesson for other women na kapag may girlfriend na 'yong tao, don't try to visit them in their apartment and have sex with them because, otherwise, it will send you in trouble."

COOPERATING IN THE INVESTIGATION. During the ambush interview with the cosmetic surgeon, she was with her lawyer, Atty. Adel Tamano, who defended her on this controversy.

Dr. Belo agreed and said that she is very willing to cooperate in the investigation and will attend the Senate hearing if needed. "I have nothing to hide. I've done nothing wrong."