Hayden Kho's legal counsel: "We are not pleading insanity." 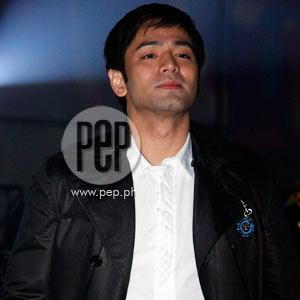 "It is not a singular wrongdoing of Hayden of videoing the sexual act. But it is a continuing violation, not only of Katrina's rights to privacy but Hayden as well and that's what we're fighting about. It's an exploitation by the press. Exploitation by those who wish to make political capital of what is a deplorable crime," says Atty. Lorna Kapunan, legal counsel of Hayden Kho (in photo).

"The last time I saw him was the day na nag-issue siya ng public statement. And when he apologized to Katrina [Halili] and for what he did. Since then, he has been in the company of his parents."

(Here is part of Hayden's statement: "I deeply regret everything that has happened because of my poor judgment... Nagsisisi na po ako... Ang dami nang nadamay, ang dami nang nasaktan na mga tao dahil may nagnakaw at nagkalat ng videos... Right now, I only feel deep remorse... It's too much to ask for forgiveness right now. But sana someday, people will learn to condemn the sin and not the sinner.")

Sinabi rin ni Hayden that he is willing to surrender his medical license if needed. But could he be criminally liable for anything on this matter?

"Right now, I understand there are two cases pending," sabi ni Atty. Kapunan. "One is based on what we see on TV and what we hear, there is an anti-pornography case. Although, we haven't seen a copy, I understand, from an interview, there's a violation of Republic Act 9262, yung Domestic Violence Law, as regards to criminal case. Meron ding administrative case, I understand, filed by the complainant Katrina for the cancellation of his [Hayden] license to practice medicine."

"As a matter of fact, Hayden has already accepted the fact that the videotaping of sexual, private, and intimate matter, he realizes is wrong, and he is [ready] to take full responsibility for what he now realizes is a wrongdoing. Kaya dapat nating intindihin that those sex videos were not taken recently. They were taken two years ago. And since two years ago, starting this December, Hayden has been undergoing treatment, both medical, psychological, and he's also gone through spiritual healing since December," paliwanag ni Atty. Kapunan.

"No, we are not pleading insanity, 'no?" sagot ng lady lawyer. "In fact, Hayden is saying, he's taking full responsibility. We don't know kung bakit kumakalat na ang defense namin dito ay insanity. We have no defense. The act by itself of videotaping an intimate act is wrong. It's wrong whether or not the complainant consented. It is wrong whether or not they were under the influence of drugs. And he takes full responsibility for that. As I've said, it was two years ago."

Dagdag niya, "But the offense that is being talked about, which is the downloading from the computer and uploading to the Internet, he himself, is an offended party there."

"According to Hayden, they were made public by common friend of his. His friend and the friend Dra. Vicki Belo, a certain Erik Chua," sabi ni Atty. Kapunan.

"I have asked Hayden, we're evaluated and we are submitting to the jurisdiction of Optical Media Board [OMB]. Chairman Edu Manzano is presently investigating as Chairman of the Board, which is mandated to investigate violations of the piracy and anti-pornography law. He already understands. I haven't talked to him personally, but he already has a certain lead that points to a certain Erik Chua.

"And I learned from certain reporters yesterday that this Erik does not deny his liability but is pointing to a computer technician, who he says, was the one responsible for distributing."

"I haven't heard from Chairman Manzano making any official pronouncement," sagot ni Atty. Kapunan. "But I assume that his agency has been doing the best since I know naman the track record of Chairman Edu, and he's really consistent in tracking down the violators of the anti-piracy and anti-pornography law.

"And as counsel for Hayden and as what he is saying, let us wait for the finding of Optical Media Board."

But still, it will not get him off the hook?

"Oh yes, he's not trying to get off the hook. As a matter of fact, he is trying to move forward by, since December, getting professional treatment. Apart from that, he has said that he will face all the legal consequences for the wrongful act which he admits."

So, ano ang ibig niyang sabihin sa "condemn the sin, not the sinner?" Is he saying, there's nothing wrong for what he did and that he shouldn't be blamed for it?

"The sex video, pure and simple, is exploitation," sagot niya. "There is exploitation of the woman in that video, of Katrina Halili in that video. Let us also recall that exploitation here is continuing. I have said in many interviews that it is really unfortunate that it happened and there are pornographic materials that are circulating. Because of the sensationalization that the media has giving this case. Because of the sensationalism that Senator [Bong] Revilla has giving this case. So, we are all forgotting, that each time that this case is sensationalized, each time, there is a continuing exploitation.

"So, it is not a singular wrongdoing of Hayden of videoing this sexual act. But it is a continuing violation, not only of Katrina's right to privacy but Hayden himself and that's what we're fighting about. It's an exploitation by the press. Exploitation by those who wish to make political capital of what is a deplorable crime," mariing pahayag ni Atty. Kapunan.