Jennylyn Mercado is willing to work with ex-boyfriend Patrick Garcia 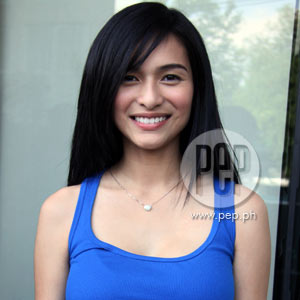 It can be recalled that the 22-year-old actress had a short vacation from showbiz when she became pregnant with her first child, Alex Jazz. On her comeback, she was paired again with her first screen partner and former boyfriend Mark Herras.

She also mentioned how happy she is to be reunited with Mark. "Parang sanay na rin ako na kasama siya," she said.

WILLING TO WORK WITH PATRICK. While talking about working again with her former partner, Jennylyn was asked if she could also work with the father of Alex Jazz, Patrick Garcia.

"On the professional side siguro," she briefly replied.

What if they were required to do a love scene?

After Paano Ba Ang Mangarap, which will end next week, Jennylyn will be seen in the weekly late-night teledrama SRO Cinema Serye: "Suspetsa." She will also be preparing for her next movie project, Gabriela Silang, where she will play the title role.