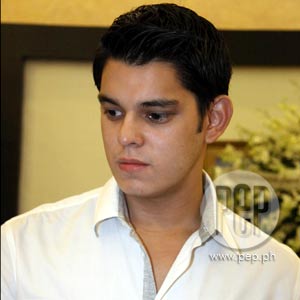 Richard Gutierrez, his twin brother Raymond, and their mother, Annabelle Rama, took turns yesterday afternoon, July 12, in expressing their disappointment over the decision of the Department of Justice (DOJ) to dismiss the libel suit filed by the Zorro star against PEP (Philippine Entertainment Portal).

At the start of Showbiz Central, Raymond Gutierrez was given the opportunity by his co-hosts to share his thoughts about the dismissal of his brother's libel suit against PEP. Raymond was upfront in stating his dissatisfaction over the decision of DOJ.

"When we first heard about the news, it was very surprising," he began. "Because it started just a few months ago and we really thought we trusted the legal system in this country to file a case. We trusted them enough to give it time and to review everything thoroughly.

"Personally, I felt like they didn't because if they did, I don't think it would have been dismissed this early. Nakakagulat dahil mayroon pa silang pang-iinsulto sa kanilang statement from the DOJ, saying that my brother should not be 'onion-skinned'—balat-sibuyas daw ang kapatid ko. (Click here to read related story.)

"How dare anyone who's not in the industry make a comment like that? How dare you? Because you've never been in our shoes? Hindi mo alam kung what's it like to be a celebrity. All of us are on stage because we choose to be here. We choose to be in the public eye to work in this industry and we are open to public scrutiny."

He added, "Mga Kapuso, laitin n'yo na po ang pananamit ko, laitin n'yo na ang hitsura ko at ang trabaho ko. Kung hindi ako magaling mag-host, laitin n'yo ako. But if you're going to imply that I did something violent and if you're going...that I did something illegal, then I have every right to fight for my rights. And that's exactly what my brother did and we trusted the legal system of this country and, truthfully, wala silang nagawa.

"And for something as big as PEP and the Internet... Okay na kung TV or radio kasi limited 'yan, e, kung hindi mo napanood, not everything is uploaded on YouTube. But with PEP, millions of Filipinos from all over the world read this website. So, yung pagka-upload nila, sinabi nila yun, e, na nagkamali sila. So, we ask the DOJ to review this case again and we will file for this petition for review."

RICHARD'S TURN. Shortly after Raymond's statement, Richard himself sat down for an interview with Showbiz Central co-host Pia Guanio to give his opinion on the recent events that transpired. Pia immediately asked him his take on the issue at hand.

But before answering, Richard thanked his twin brother for his statement. "Well, 'Mond, very well said," he remarked.

He then proceeded to say that he could take criticisms about his acting, but not when it's already "crossing the line" and damaging his reputation and his family.

PEP's lawyer Atty. Sandra Coronel, according to Pia, said that as actors in the public eye, they should learn to take the bad with the good. What is Richard's comment on this?

What was his initial reaction when he learned that the case was dismissed?

Did the case's dismissal in any way diminish Richard's belief on the merit of his case?

"No," said Richard. "I believe that we have a very strong case and kung naaral lang nang husto... And prosecutor Sytat, you do your job, I do mine. Let's not cross the line. Sana po aralin n'yo ang kasong ibinigay namin sa inyo kasi parang hindi n'yo inaral, e."

The case will still fall under the DOJ whatever Richard's future legal actions may be. With this fact, what will Richard do?