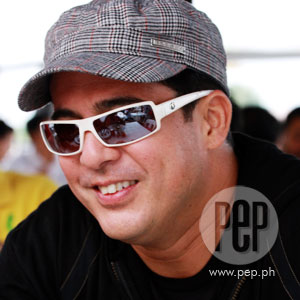 Aga Muhlach recently celebrated his 40th birthday in Camarines Sur with his family and closest friends. The award-winning actor shouldered the expenses of the three-day celebration.

Aga Muhlach will always stay Bagets. He may have turned 40 recently, but he will forever stay in the hearts and minds of Pinoy fans as the bedimpled, charming boy-next-door in the 1984 classic comedy film.

The former matinee idol celebrated his 40th birthday in Camarines Sur with his family and closest friends last August 11-14. Aga was generous enough to treat them—paying for airfare, food, hotel accomodations and other expenses—in a three-day wakeboarding and partying spree in the Bicol tourism hotspot. The group flew back to Manila on August 14.

Fans have followed the life of Aga since he started his career in showbiz. Aga started as a child actor in May Lalaki sa Ilalim ng Kama Ko (1978), starring Amalia Fuentes, and in Aguila (1980), starring Fernando Poe Jr.

His biggest break, however, was through the classic teen-oriented comedy movie Bagets, a phenomenal box-office hit during its theater run in 1984. Aga starred as a boy-next-door heartthrob, along with Herbert Bautista, J.C. Bonnin, William Martinez, and Raymond Lauchengco. Membership in this all-male group propelled Aga's career.

Over Aga's long career, he has been paired with several actresses like Pops Fernandez, Gretchen Barretto, Claudine Barretto, Anne Curtis, and Janice de Belen. His onscreen romance with Janice turned into a real-life relationship, and they had a son, Igi Boy Muhlach.

Aga now has successfully risen from his previous teenybopper image to become one of the most sought-after leading actors today. He stays happily married to Charlene Gonzales-Muhlach. They have two kids, twins Atasha and Andres.

But you probably don't know some things about this prized actor, caring husband, and doting dad:

1. "Aga does not know how to pump gas in his car." Charlene, Aga's wife, said that the award-winning actor has no idea on how to operate a manual gas pump. "I had to teach him, but I ended up doing the work myself."

3. "Aga is afraid of cockroaches." Aga's daughter, seven-year old Atasha, said her dad gets jittery whenever roaches show up.

4. "Aga's favorite snack: Pop beans." Seven-year old Andres Muhlach, Aga's son, said his dad has a big appetite and can consume a tub-full of this treat in minutes.

5. "Si Aga, hindi marunong manligaw." Aga's dad, Cheng Muhlach, claims the actor does not have the skill to woo women.

6. "Aga likes being tickled." Alyanna Martinez, the daughter of Aga's cousin Liezl Martinez, revealed that the actor once bribed her with a brand new iPhone so that she would tickle him to sleep.

7. "Aga never texts back on time." Direk Joyce Bernal said a Christmas greeting she sent to Aga got a reply only two months later. The amazing thing, however, is that the reply was consistent—he greeted Direk Joyce "Happy New Year" in the middle of February.

8. "Aga loves to sing, but he is tone deaf." Composer and musical arranger Louie Ocampo said Aga does not have the chops of a good singer. Later, a good-humored Aga sings the James Ingram's classic "Just Once" to disprove the statement.

9. "Aga drove in Vegas and fell in love." Talent manager Wyngard Tracy revealed that it was Aga's first time to drive in the U.S. when he visited there last year. The actor immediately fell in love with the city of Las Vegas.

10. "Aga is the perfect husband, father, and son-in-law." Elvie Gonzales, the mother of Charlene Gonzales, only had praise for her son-in-law.