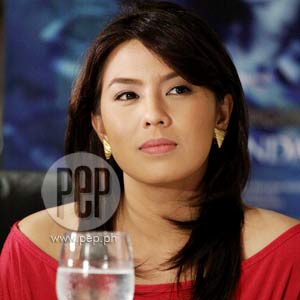 The long wait is over for singer-actress Nikki Gil. Finally, the ABS-CBN drama-suspense series Florinda will make its television debut on September 7.

Following the success of Patayin Sa Sindak Si Barbara and Maligno, Florinda is the third installment of the Susan Roces Cinema Collection. All mentioned titles were movie originals topbilled by Movie Queen Susan Roces during the '70s. ABS-CBN then bought the rights to these films for television adaptation to boost its Sineserye Presents roster.

For the upcoming series, Nikki will portray the role of a reserved young woman named Mara.

BIGGEST BREAK. Florinda was actually sitting in the network's vault for one and a half years, making its September 7 premiere a long overdue affair.

Technically, the series should have been Nikki's baptism of fire as a serious actress. "This would have been my biggest," she told PEP (Philippine Entertainment Portal) last night, September 1, after the press conference proper held at ABS-CBN's 9501 restaurant in Quezon City.

Doing Florinda likewise exposed Nikki—who is trained more as a singer and host—to the exhausting professional demands required of actors.