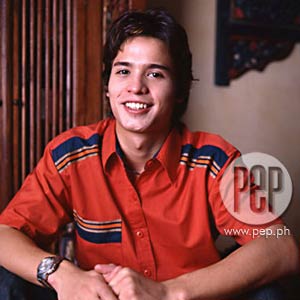 Cogie Domingo's name has now been revived, courtesy of Chavit Singson who identified him as one of the men with whom his former live-in partner Rachel Tiongson had an affair.

The woman-battering issue involving former Ilocos Sur Governor Luis "Chavit" Singson and former live-in partner Rachel "Che" Tiongson took on a showbiz angle when Singson mentioned the name of a celebrity as one of the men she allegedly had an affair.

Last September 2, Che Tiongson, with visible injuries on her face, accused Singson of violating Republic Act 9262 or The Violence Against Women and Children Act. The deputy national security adviser answered her accusation by the announcing that she had been unfaithful with actor Cogie Domingo last year. Singson added that when he found out, Cogie was already on his way to the United States.

"Cogie has the highest respect for Governor Luis 'Chavit' Singson. He will not and did not willfully cause any damage to the reputation of this high government official—to tarnish his public image. He personally knows Rachel Tiongson. He was introduced by common friends who he frequently went out with in the course of his professional and personal activities. Che Tiongson was introduced to him, not as a woman who was already committed but as a respectable person and certainly not as the wife or live-in partner of Governor Singson.

"At the first opportunity, when Cogie learned of Che's relationship with Governor Singson, he abruptly ended his association with her, knowing that it may result in and cause serious misunderstandings and eventful consequences. True enough, his brief and close dealings with Che Tiongson was misinterpreted as ugly rumors were circulated maliciously by some quarters that Cogie and Che were making beautiful music together. The supposed elicit [sic] relationship is untrue."

It was rumored that upon finding out about the alleged affair, Singson threatened Cogie, and this, stressed Atty. Domingo, was not at all true. Cogie himself denied that he had received threats.

The lawyer said, "Lastly, Cogie wishes to state that Governor Singson has not threatened him or sent word that he should be careful or words to that effect, physically or otherwise. He merely advised Cogie not to meddle with women who are already committed."

For now, Atty. Domingo believes that his son will get over this trial in his life, saying that what happened to his son was a "difficult and bitter learning episode in his life."