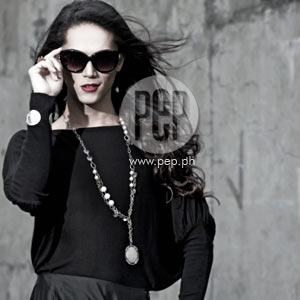 For BB Gandanghari, her life is just a work in progress.

Before transforming into BB Gandanghari, she was Rustom Padilla, action star and hunk. But fate had different plans for Rustom as he disappeared from the local scene to study abroad, and emerged later with the announcement that Rustom was no more and BB was now in his place. However, as earlier said, being BB is a work in progress and it would not be complete until she has a man in her life.

Speaking at the 16th National Public Relations Congress held at the Manila Hotel yesterday September 11, BB shared with the audience her experiences of change, how she handled such an experience with courage, and her family's adjustment to her new "look."

With this good news, is it now ok for BB to introduce a boyfriend to her mother?

When asked if it is okay for BB to have a relationship with a gay guy, she laughingly said, "Basta tao. Haha! I need a man! However you wanna define that, but I need a man!"

BB had originally planned on having a sex change but it is not as easy as it sounds. Right now she is studying and learning all about the procedure and what may happen in the process. "In case na dumating ang plano na mapag-isipan ko talaga nang seryoso, e alam ko na ang symptoms and everything," she said. However, she added that she doesn't want to think about it too much since the issue can get rather overwhelming. "Take it one day at a time," she smiled.

Recent interviews had BB's brother Robin saying that he wanted to star in an action film with his sister.