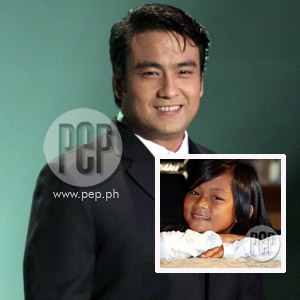 Ramon "Bong" Revilla is excited to show his latest film, Ang Panday, especially to kids. Aside from that, he talks about the highs and lows of being in the political world. Meanwhile, his co-star Buboy Villar (inset) figured in a minor vehicular accident en route to the set of the action fantasy franchise.

Yesterday morning, Startalk visited Sen. Ramon "Bong" Revilla on the set of his movie Ang Panday, to talk about his new film, issues regarding the celebrity and political worlds, and his son Jolo.

For Bong, his upcoming movie Ang Panday—which is set to compete in this year's Metro Manila Film Festival—is a gift for all children. The almost one-year-in-the-making film will be a prequel focusing on the life of Lizardo and his early roots. Lizardo, by the way, will be portrayed by Philip Salvador who incidentally will be playing a villain for the first time in Panday.

JENNYLYN MERCADO AND THE ISSUE THAT WON'T DIE. It has been almost two years since Bong's last movie Resiklo and the romantic issue about him and co-star Jennylyn Mercado seems to not end. A tabloid recently said that Jen frequented the action star's office.

Aside from his movie responsibilities, one of the public duties the Senator has taken on is helping acquire funds for abandoned senior citizens and homeless children.

ON SON AND WIFE'S ENTRY INTO THE POLITICAL ARENA. Meanwhile, Bong has announced that his wife Lani Mercado will be running for Congress as a representative. Aside from that, the senator added that son Jolo looked like a good prospect to follow in his footsteps.

DISAPPOINTED WITH PMA'S DECISION OVER HAYDEN KHO. Bong admitted that he was disappointed with the Philippine Medical Association's decision to simply suspend Hayden for one year over his video scandal with actress Katrina Halili. But for him, the Professional Regulation Commission's decision would be more pivotal than the PMA's.

The good news is that nobody was hurt, but Buboy admitted that he got a big scare from the experience. The driver side of the taxi was bent but everyone involved in the accident was otherwise fine.