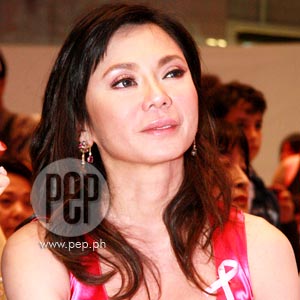 The Belo Medical Group, the cosmetic surgery firm founded by Vicki Belo, files a libel complaint against lawyer Argee Gueverra for allegedly spreading malicious remarks against the company in connection with supposed botched butt augmentation procedure done on a client in 2003 and 2005.

"There's no such thing as Internet libel," declared Tamano. "That is pure and simple libel."

Tamano said that, adding insult to injury caused by the original postings, Gueverra's remarks were lifted by different local newspapers, prompting them to bring the matter to the court.

Atty. Gueverra represents businesswoman Josefina Norcio, 40, a former Belo patient, who recently filed a reckless imprudence resulting in serious physical injuries complaint against the company for what she claimed as a botched butt augmentation procedure conducted in 2003 and 2005.

Gueverra, on the other hand, questioned the complaint singling him out as the sole respondent in the case.

"In the crime of libel, the publisher or printer of the alleged defamatory material must be included as party respondents," argued Gueverra.

He likewise felt that the case filed against him by the Belo Medical Group was a calculated strategy to distract him or possibly dissuade him and his client from pursuing the complaint they filed against the celebrated cosmetic surgeon.

Belo's lawyer dismissed the notion, saying that despite all the news surrounding the allegation, the Belo Medical Group has yet to receive a formal complaint from the court regarding the matter.