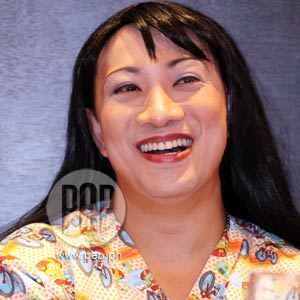 Michael V, along with good friend Ogie Alcasid, made no secret of their desire to retire the characters of Yaya and Angelina after Spoiled Brat The Movie.

Have we seen the last of Yaya and Angelina?

The impending exit of the two beloved, not to mention phenomenal, characters makes Yaya and Angelina: The Spoiled Brat Movie a fitting swan song worth watching by their followers.

For ardent fans of the country's longest-running comedy gag show Bubble Gang—the same program that gave birth to Yaya and Angelina—nothing's unusual about this strategy, regardless of the success and popularity of the skit.

Bitoy (Michael V's nickname) said he and the creative team behind the gag show are always cautious not to overstay a character's welcome exposure and risk the public's boredom. It's much better to quit while still hot rather than fade into obscurity.

But even he could not deny the huge impact created by Yaya and Angelina on the audience ever since the two made their television debut in 2008.

"Gumawa talaga siya ng ingay," acknowledged the talented comedian, who along with good friend Ogie Alcasid, has given life to a number of memorable comic roles.

Behind all the funny antics that Michael V consistently delivers in front of the camera, one would be surprised to know how organized and calculated he is in mapping out his career.

How does he whip up his creative juices?