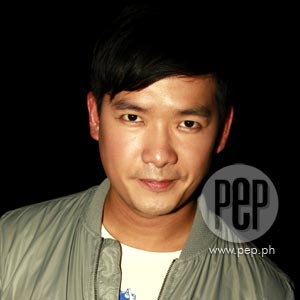 "It's like starting the business all over again. It's a tedious and exciting process because you have to have everybody's approval," Tim Yap said about creating a new concept for Embassy Cuisine and Superclub, which is one of the requirements of the Taguig City government to re-open the said establishment.

TV personality Tim Yap refuses to give details about the recent incident at Embassy Cuisine, which he co-owns, that led to its closure as well as its sister establishment Embassy Superclub at The Fort Strip in Taguig City.

Last August 20, the Taguig local government ordered both Embassy Cuisine and Superclub to close down due to a stabbing incident that occurred last August 18. According to reports, a patron named Kilikan Jimenez allegedly stabbed 34-year-old businessman Dennis Navarro II with a bladed weapon at Embassy Cuisine. Its bouncers were suspected of helping the assailant escape through the club's back door. (Read more details on SPOT.ph)

PEP (Philippine Entertainment Portal) asked Tim for an update on this issue after the launching of "Artist Advocates for Climate Change" last night at the PETA Theater in Quezon City. He did not give full details but briefly assured us, "The person who was involved in the incident is safe and he's already discharged from the hospital. They already took care of the person and we have a good relationship with the person."

NEW CONCEPT. Following the closure of Embassy Cuisine and Superclub, Taguig City Mayor Sigfrido Tiñga ordered the owners of the Embassy business chain to change the concept of their club or else face permanent closure.

This is what keeps Tim busy right now. He told PEP that he was at the Taguig City Council yesterday morning to present their new concept for the Embassy at The Fort.

Tim narrated, "At 9:00 a.m. I was there already at the City Council of Taguig. So, you know, it's like starting the business all over again. It's a tedious and exciting process because you have to have everybody's approval before the machinery gets the go signal."

The Events Incorporated host refrained from revealing deatails of the new concept. But he gave a hint: "The Embassy Super Club] is gonna be called Anchor. Mag-iiba ng branch at The Fort right now, it's going to be Anchor, and the former [Embassy] Cuisine is now gonna be Sweets, it's gonna be a dessert bar na."

Also, their group is planning another hangout complex at the New Port City near Ninoy Aquino International Airport (NAIA) Terminal 3 in Pasay City.

"It's a bigger club," Tim described. "But the one at The Fort, we're changing the brand. We're building a new complex there. It's like building new things again. It's exciting, so many things that are gonna happen!"