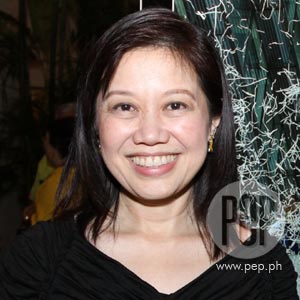 Life is much different now for Pinky-Aquino Abellada. After Senator Noynoy Aquino announced his presidential bid last September 9, her schedule is full, attending events to show her support for her brother.

Pinky is the second sister of Noynoy. She and her sisters Ballsy Cruz, Viel Dee, and Kris Yap were initially apprehensive of their brother's political plan because they wanted to live a quiet life far from Malacañang.

"It took us a while to accept, kasi we thought we could have a quiet life. Because after Mom's death, sana tahimik. And then dumating na naman itong challenge na 'to... Iniisip lang namin kung anong mangyayari sa buhay namin. Kasi titira ka naman sa aquarium, di ba? Yun lang," she said.

Pinky said they allowed Noynoy to run because they don't want to be selfish.

"We were all thinking of ourselves, not thinking if we can do something for the country, why are we stopping? We said sorry to him. 'In the end, whatever you decide, you have our 100 percent support,'" she said.

Now, the sisters are helping their brother's political bid by representing him in provinces and other events. This has led to them being more in the limelight now than before, she added.

"Siguro before, nobody naman knew us. Siguro ang kilala lang si Kris at si Noy. But now, siguro, Ballsy and I, we go out to the provinces. From the airport pa lang, people are very, very nice," Pinky said.

Their own life plans are also halted for now.

KRIS AQUINO. Criticism has been hurled at Kris Aquino for sometimes talking too much about Noynoy in her media appearances. Last month, Senator Panfilo "Ping" Lacson criticized Kris for revealing Sen. Noynoy's lovelife on television.

Pinky admitted that they sometimes caution Kris about talking too much.

But in the future, Kris's tact may turn out to be an advantage, Pinky added.